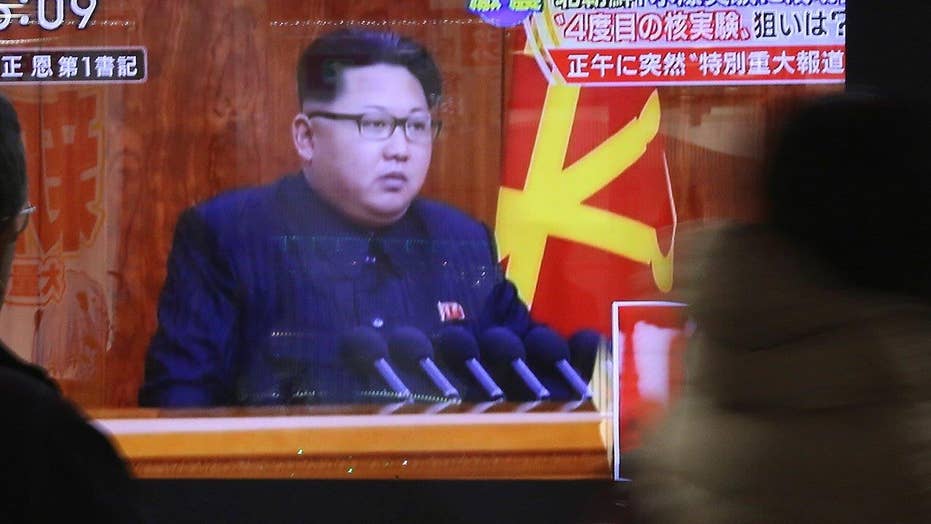 Rhetoric the only response to North Korea's H-bomb claim?

The sanctions would be the fifth round imposed on North Korea since the country's first nuclear test in 2006. The sanctions are aimed at reining in the North's nuclear and missile development, but Pyongyang has ignored them and moved ahead with programs to modernize its ballistic missiles and nuclear weapons.

The Security Council held an emergency meeting after North Korea announced its first hydrogen bomb test, which would mark a major advance for its still-limited nuclear arsenal. The announcement was met with skepticism, however, with South Korea's spy agency saying the estimated explosive yield from the explosion was much smaller than what even a failed H-bomb detonation would produce.

The Security Council said North Korea's actions were a "clear violation" of the previous four sanctions resolutions "and therefore a clear threat to international peace and security continues to exist." The U.N. most powerful body said work would begin immediately on a new sanctions resolution in light of "the gravity of this violation."

British Ambassador Matthew Rycroft Rycroft said the test is another example of Pyongyang's "reckless challenge to international norms of behavior and the authority of the U.N. Security Council."

U.N. diplomats, speaking on condition of anonymity because talks have been private, said a new resolution would aim to add more people to the sanctions list, including those linked to a key procurement company, and limit the travel of senior North Korean officials.

How tough the new sanctions will be depends largely on China.

Russian Ambassador Vitaly Churkin said what is needed is "Cool heads ... Proportionate response." He said it would be going "too far" to say that Russia supports more sanctions against North Korea.