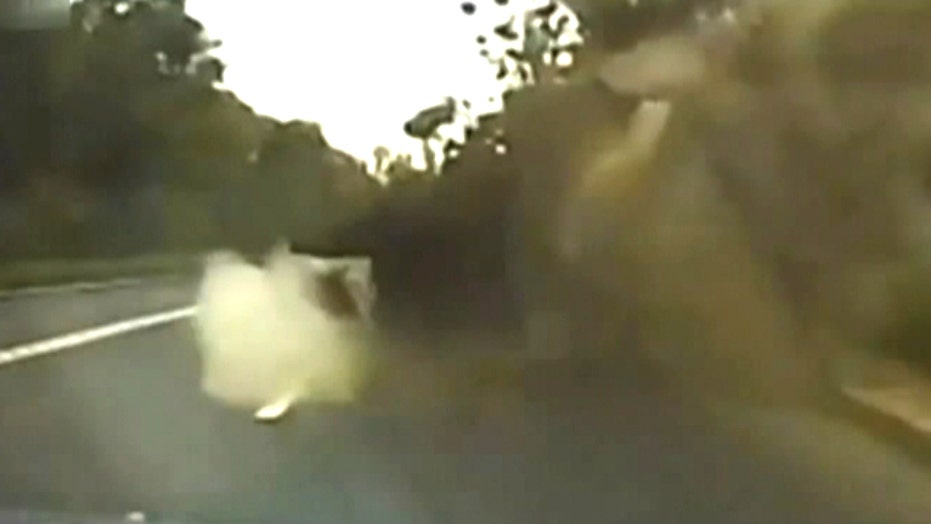 DONETSK, Ukraine – Residents of this eastern Ukrainian city are fleeing in droves as national forces step up mortar attacks aimed at dislodging the pro-Russian separatists who are clinging to control of a city once populated by 1 million people.

An eerie calm has descended over the nearly deserted city center and suburbs alike, the silence broken only by the sporadic shelling that becomes heaviest at night. Those Donetsk residents who have remained are on edge, as forces sent by Kiev have stepped up efforts to root out the separatists by using heavier artillery, taking aim at downtown and lobbing fire during daylight hours.

“There is no good answer,” Eneha Elena, a hotel operator, told FoxNews.com. “If I stay, I lose. If I go, I lose. We, the normal people, are the ones suffering the most in this war.

“What is there for us to win at all by this fighting?” she added.

Besides the regular artillery shells that have been routinely used to target specific separatist strongholds, today the air was pierced by repeated deployments of Russian-made Grad rockets. These surface-to-surface missiles, fired from mobile batteries mounted on the backs of trucks, are typically used as anti-tank devices and can have a devastating effect when used in major population centers.

Last night, three people were killed and five wounded, according to the Donetsk People’s Republic information ministry, the pro-Russian group still in control of the city.

The mass exodus of civilians continued Thursday, borne out by empty streets and shuttered shops. Residents said they are afraid to stay behind, but also afraid of what they may find if and when they return.

Though it remains unclear what the Ukrainian military’s next moves may be, if the pattern continues, the attacks will become more aggressive, and more common, as night falls. Beginning typically at dusk, and lasting until early morning hours, Donetsk has seen over the past few nights a heavy bombardment on suspected rebel positions. And, while civilian areas have not been directly targeted, collateral damage has led to numerous casualties.

The Ukrainian military may not possess the will or capability to carry out a full-scale invasion of the city. Even if it could, it would confront approximately 5,000 pro-Russian fighters, in a conflict that would cause massive devastation and loss of life. This is a conclusion that few here want, and could determine the direction this war takes. Some believe the Ukrainian Army seeks to isolate the city from the outside world, in order to slowly wear down Donetsk’s rebels.

What is sure, however, is that the fighting in this part of Eastern Ukraine is still far from over. It may, in fact, become a highly protracted battle, as the army continues its slow advance. As residents stock up on supplies in an effort to wait things out, a massive statue of Vladimir Lenin seems to look upon the city proudly, as his Russian comrades fight to overcome their enemies, and achieve Russian unity.