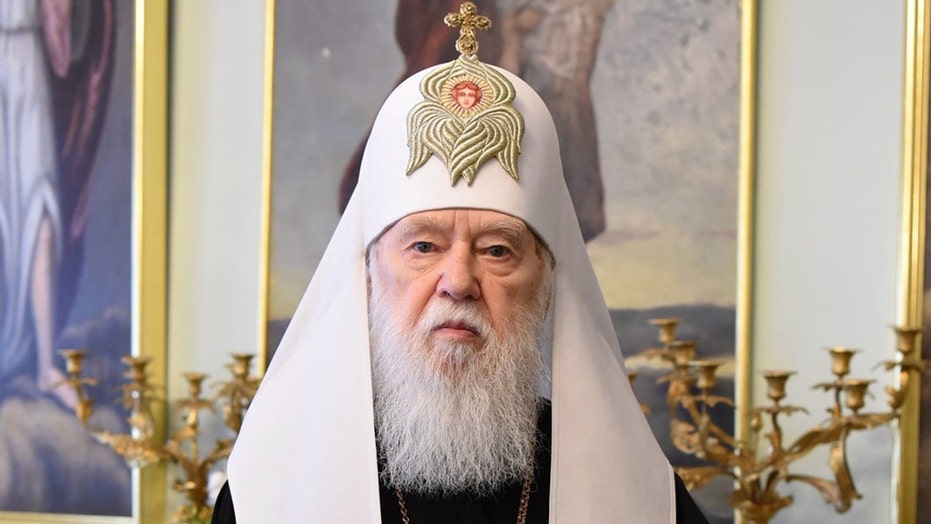 A prominent religious leader in Ukraine who made headlines earlier this year for publicly claiming the coronavirus pandemic was “God’s punishment” for same-sex marriage remained hospitalized Tuesday after testing positive for COVID-19 last week.

Patriarch Filaret, 91, who leads the large Ukrainian Orthodox Church - Kiev Patriarchate, received a positive test result for COVID-19 during his “scheduled testing” and began hospital treatment, the church announced Friday on its website and Facebook page. In an update Tuesday, the church said Filaret remained hospitalized in “stable” condition and continues treatment.

Leader of one of Ukraine’s largest Christian Orthodox denominations, Filaret told the country’s national TV network Channel 4 in March that the coronavirus outbreak was "God's punishment for the sins of men, the sinfulness of humanity."

"First of all, I mean same-sex marriage," he added in the on-camera interview, according to UK’s The Independent. His Kiev Patriarchate claims to have more than 15 million followers among Ukraine’s 42 million people.

Insight, an LGBT+ group based in Kiev, said in April it filed a lawsuit against Filaret over his TV interview, claiming the remarks fueled hate and discrimination in the eastern European nation.

“Our aim is to show people that there is no longer place for such statements from church leaders in Ukraine,” Insight’s head, Olena Shevchenko, told the Thomson Reuters Foundation at the time.

“Such statements ... are very harmful because they could lead to increased attacks, aggression, discrimination and acceptance of violence against certain groups,” added Maria Guryeva, a spokeswoman for Amnesty International Ukraine.

The Kiev Patriarchate’s press service maintained that Filaret’s remarks remained within the confines of Ukrainian law and the church “reserved the right to bring counterclaims against those who sought to abuse judicial protections to encroach on Ukraine’s traditional family values.”

Ukraine recorded at least 146,511 confirmed cases of COVID-19, with at least 3,034 coronavirus-related deaths, as of Wednesday, according to statistics gathered by Johns Hopkins University.