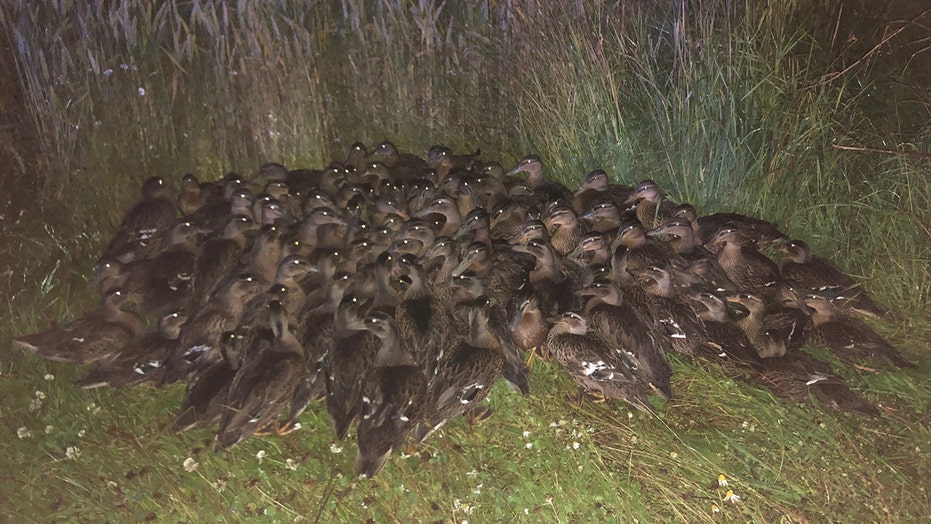 The baffling discovery of a large flock of ducklings on the side of the road has police in Scotland trying to quack the mystery.

“Anyone missing 100 Ducklings? Not the usual Saturday night crowd control! You never know what’s on the road,” Perth & Kinross Police reported from Perthshire.

Despite speculation on social media the flock had been dumped, officials said they did not believe there was any “fowl play,” the Dundee Courier reported.

“They were walking right up the middle of the road and were a risk to themselves and any car coming along!” Guthrie wrote. “Kind of ‘what on earth is that’ when we first saw them.”

Guthrie said they shepherded the birds into a field gateway where there was a large puddle in which they all settled down.

“Was a bit strange ringing the police to tell them that there was a huge flock of ducks in the road,” Guthrie said.