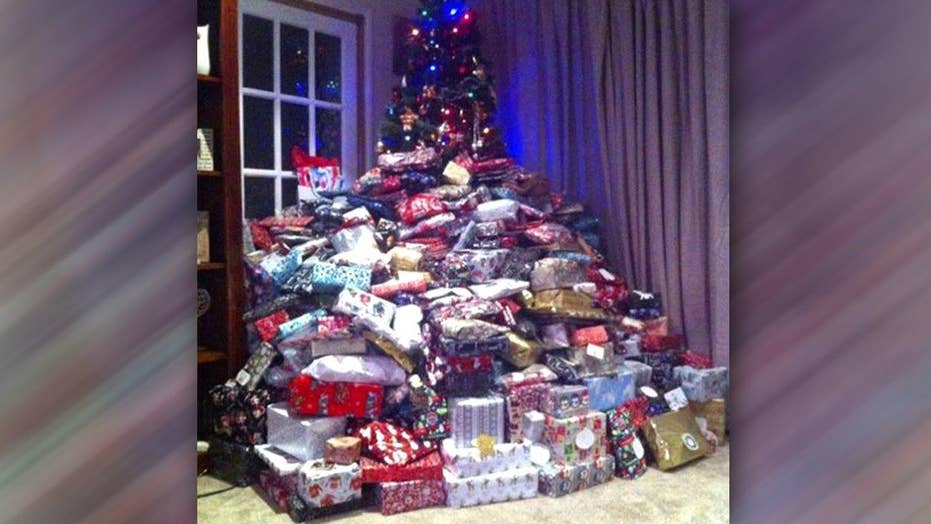 Mom defends buying 300 gifts for her kids and extended family

The mom who posted a photo of her Christmas tree swamped by an enormous pile of 300 presents has lashed back at online haters who accuse her of “abusing” her kids.

The Instagram photo that Emma Tapping posted last week quickly went viral but now the 35-year-old Isle of Mann woman says she’s not an overindulging Grinch when it comes to showering her three kids—daughters, 13 and 9 and a son, 19-months—with lots and lots of wrapped gifts, the Sun reports.

According to the paper Tapping maintains she is not close to being rich. She says she starts her Christmas shopping in January and the dozens of presents she has purchased total just $2,300 in U.S. dollars.

“The way I see it is you could buy your kids two presents or 200 presents, it’s the way you bring them up,” she told Thursday’s “This Morning” TV show in the U.K., according to the Sun. “You could buy your kids two presents and still have a little terror. My kids know the difference between right and wrong and they appreciate everything they get and they don’t get (spoiled) throughout the year.”

The Sun reported that according to Manning the presents under the tree add up to 85 each for her kids and her husband.

“I’m not rich at all, which is the first thing I wanted to point out because it’s been put all over the Internet after it had been taken from Instagram that I was rich and I spoil my children,” she said.

She added that she hunts every bargain and sale to make the pile as big as it is. She said she starts wrapping in August.