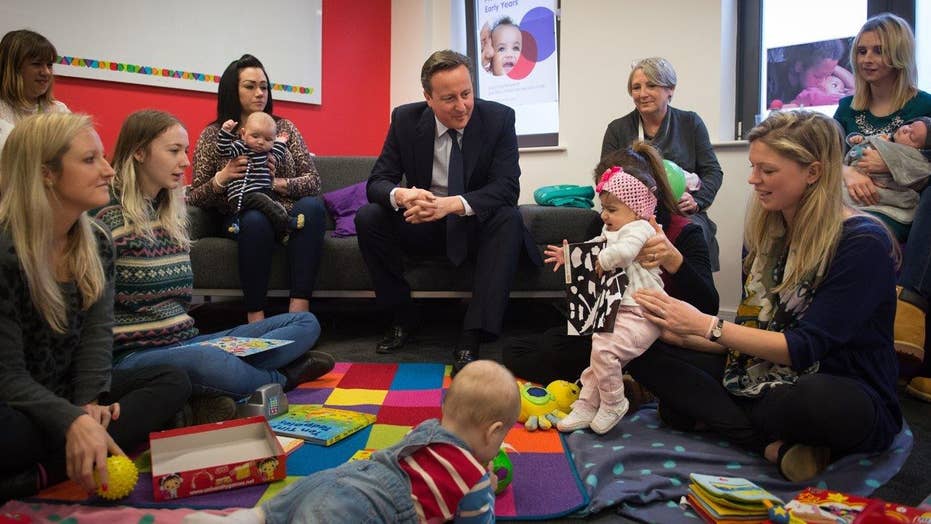 A British court awarded a Down syndrome man nearly $13,000 for the government banning his wife from having sex with him because he, allegedly, couldn't give consent to sex.

Before the ban, the man, who was not identified, had a healthy sexual relationship with his wife of five years, according to court documents.

The ban came after a psychologist for a local government entity – which was not identified to shield it from criticism – assessed the 38-year-old man and found him to lack the mental competence to willfully engage in conjugal relations, the court documents say.

Australian model and designer Madeline Stuart, who has Down syndrome, is prepared backstage before presenting creations from her label 21 Reasons Why By Madeline Stuart during New York Fashion Week in Manhattan, New York, U.S.

A court council warned his wife that having sex with her husband would make her guilty of a serious crime. The man was ordered to attend a sex education course before he would be allowed to have relations with his wife.

But the course was delayed for more than year, earning him damages suffered for what the judge, Sir Mark Hedley, said in the court document was the “deprivation for at least 12 months of normal conjugal relations with his wife.”

The case began after the man’s sister brought her concerns about the course delays to the Court of Protection.

A local government required a Down syndrome man to take two courses on sex before it would allow him to continue having conjugal relations with his wife of five years.

"The impact at the time must have been profound, not only for the loss of sexual relations, but for two other matters peculiar to him," Hedley said. “First, he would have been unable to understand why what was happening should be so.”

"And secondly, in order as she put it, 'not to lead him on,' the wife understandably and foreseeably withdrew to another bedroom and withheld much physical affection."

The man had to take two courses, because a therapist determined that while he made "sufficient progress” after the first one, he had not yet demonstrated an understanding about sexually transmitted diseases.

The case, the court document said, is rare because it pertains to a "settled, monogamous and exclusive married relationship."

Cases that address competence to decide to engage in sex typically involve people seen as vulnerable to being exploited or abused.

"Many would think that no couple should have had to undergo this highly intrusive move upon their personal privacy, yet such a move was in its essentials entirely lawful and properly motivated," Hedley said.

"As I have said, perhaps it is part of the inevitable price that must be paid to have a regime of effective safeguarding."