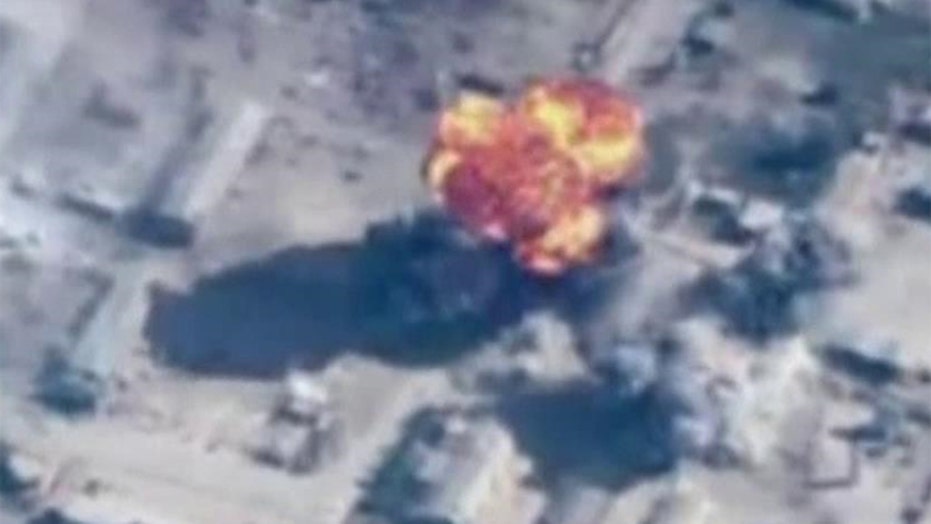 Jordan intensifies efforts after the murder of Lt. Muath al-Kaseasbeh

The United Arab Emirates announced Saturday it is sending a squadron of F-16 fighter jets to Jordan, resuming its participation in U.S.-led airstrikes on The Islamic State in Iraq and Syria.

The announcement was made by UAE’s official government news agency, following the U.S. State Department's announcement Friday that the Arab country had reaffirmed its commitment to the coalition and that suggested that “positive news” on the matter would be announced within the next few days.

The UAE stopped flying airstrikes over Iraq shortly after Jordanian pilot Lt. Moath al Kasasbeh was shot down in a mission over Syria and captured by ISIS in December. News reports suggested the UAE dropped out because the United States did not have enough search-and-rescue assets in place to assist downed planes.

The coalition has flown more than 2,000 air missions over the past few months, in the effort to stop the Islamic extremist group’s fast and deadly rise in the region.

The UAE’s announcement comes several days after a video surfaced online that showed the pilot being burned to death in a cage.

The pilot's death resulted in outrage and condemnation across the world, including in the Muslim community. It also resulted in Jordan killing two jihadist prisoners, then ISIS saying Friday that a Jordanian air strike had killed American hostage Kayla Mueller.

Jordan has pledged harsh retaliation and said it would intensify strikes on Islamic State group targets. Starting Thursday, Jordanian jets have carried out daily attacks, according to the military and state media.

Jordan’s interior minister, Hussein al-Majali, told the state-run al-Rai newspaper in comments published Saturday that his country will go after the militants “wherever they are.”

The most recent airstrikes are “the beginning of a continued process to eliminate them and wipe them out completely,” he said of the militants who control about a third of neighboring Syria and Iraq.

UAE’s renewed effort is an attempt to stop “the brutal terrorist organization that showed all of the world its ugliness … through abominable crimes that exposed its false allegations and drew outrage and disgust from the Arab peoples,” according to the news release by WAM, Emirates News Agency.

The release also said the initiative comes from the “deep belief in the need for Arab collective cooperation to eliminate terrorism … through the collective encountering of these terrorist gangs and their misleading ideology and brutal practices.”