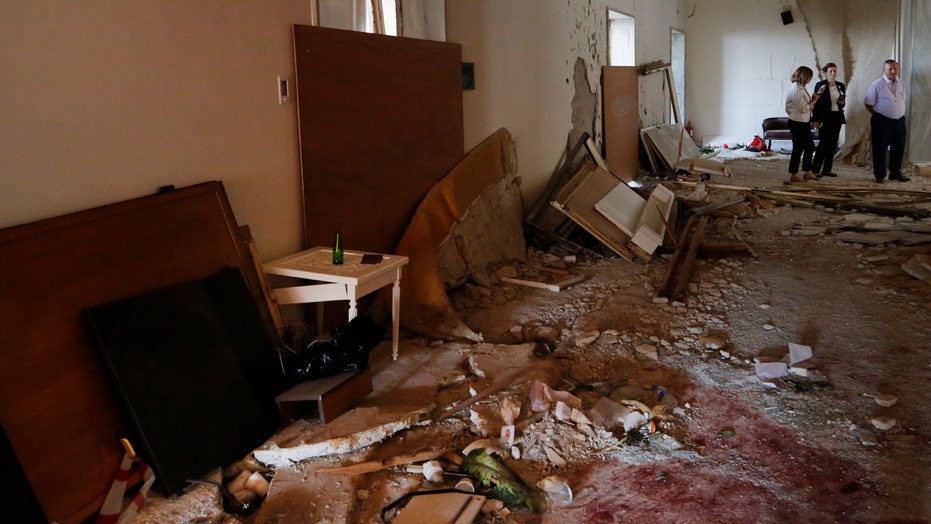 Two Turkish military attaches working in Greece have fled the country for Italy after the failed military coup attempt, Turkey's foreign minister said Thursday, while reports said a naval officer based in the U.S. has also gone missing.

Turkey has blamed the July 15 coup attempt on officers loyal to a U.S.-based Muslim cleric who it says have infiltrated the military. The government has accused the preacher, Fethullah Gulen, of orchestrating the failed insurrection. Gulen has denied any knowledge or involvement in the coup that left more than 270 dead but Turkey wants him extradited to face trial.

Mevlut Cavusoglu, the foreign minister, told NTV television that a number of Turkish military attaches abroad supported the coup and some had even notified their embassies on the night of the failed coup that they were "in charge now."

Turkey has ordered military staff suspected of links to the coup to return to Turkey and a "legal process" has started against those who had not come back, the minister said.

Two of them included the land and navy attaches based in Greece, Cavusoglu said. Greek authorities had established that they had left Greece for Italy aboard a ferry on the night of Aug. 6, together with their families. He said one of the colonels had a brother in the Netherlands and that Italy, the Netherlands and other European countries had been notified.

"We are in contact so that the two traitors may be brought back to Turkey," Cavusoglu said.

Earlier, Turkey's state-run Anadolu Agency said navy Rear Adm. Mustafa Ugurlu, who was working at a NATO base in the United States, had gone missing.

Anadolu, citing an official at the Turkish Embassy in Washington, said Ugurlu had left his ID and badges at his base on July 22 and hasn't made contact since.

Asked about reports that Ugurlu was seeking asylum in the U.S., Cavusoglu said Turkey had asked for information from Washington but hadn't yet received a response.

He repeated, however, Turkey's demand that the U.S. extradite Gulen.

"Our main expectation from the United States is Gulen's return," Cavusoglu said. "We are seeing signs of U.S. cooperation."

The agency said Ugurlu had been working at NATO's Allied Command Transformation headquarters in Norfolk, Virginia.

U.S. State Department spokeswoman Elizabeth Trudeau said the department doesn't comment on or handle asylum cases. The U.S. Citizenship and Immigration Services said it could not discuss individual cases due to privacy concerns.

Turkey has also asked Athens to return eight suspected coup-plotters who fled Turkey in a helicopter, just after the coup was quashed. áThey insist they were not involved in the attempted coup, had been tasked with transporting wounded soldiers and civilians and had fled for their lives after coming under fire from Turkish police. The eight are seeking political asylum.

Turkey has launched a sweeping crackdown on the Gulen movement since the coup. More than 16,000 people have been formally arrested in connection to the coup -- most of them soldiers -- while 5,000 others are under custody pending investigations, Interior Minister Efkan Ala has said. More than 76,000 people with suspected links to Gulen have also been suspended or dismissed from their jobs in the judiciary, media, education, health care, military and local government.

On Thursday, a top official from Turkey's ruling party denied claims that Turkey was planning to introduce an amnesty for prisoners that would reduce the prison population and make way for the alleged coup-plotters.

"The issue of an amnesty is not on our agenda or on our minds," said Hayati Yazici, the deputy chairman of the Justice and Development Party.