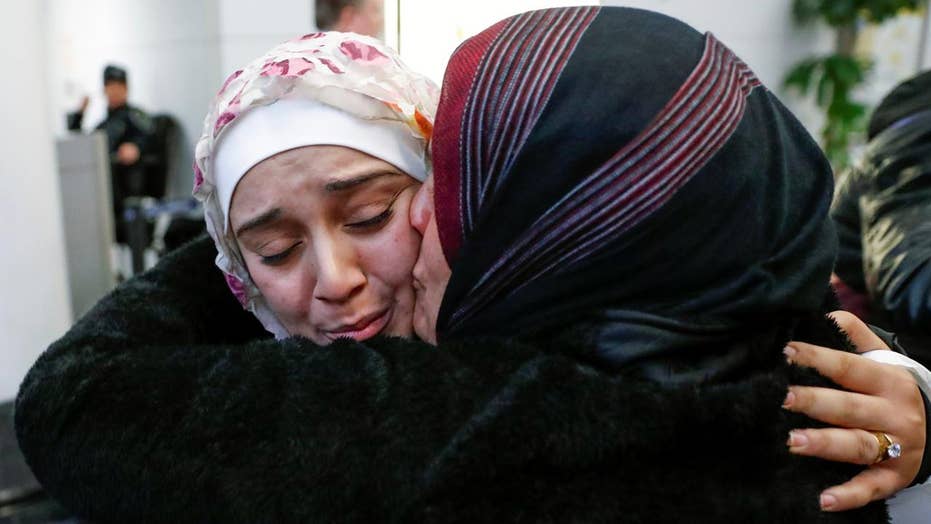 John Roberts has the similarities and the differences

In the increasing welter of warfare in northern Syria, one of the biggest U.S.-based humanitarian organizations operating in the area has become collateral damage, at least temporarily—and perhaps a sign of worsening relations between the government of Turkey and the Trump Administration.

Mercy Corps, based in Portland, Ore., and one of the biggest non-government relief organizations in the world, was abruptly told on March 7 to shut down all its operations in Turkey, which are overwhelmingly aimed at providing cross-border aid to hundreds of thousands of refugees in neighboring northern Syria. The shutdown affects some 300 relief workers. Expatriates among them would have to leave the country and local workers would be laid off.

“Our hearts are broken by this turn of events, which comes after five years of cooperation with the government of Turkey and other local partners,” the relief organization said in a press release. It added that its operations inside neighboring Syria “will continue,” presumably sourced from elsewhere. The organization was given no reason for its eviction.

There were no indications that other humanitarian organizations were affected by the sudden Turkish diktat. Turkey’s foreign ministry had issued no formal statements about the decision. Reuters, however, said that a Turkish government official called the decision “technical” and said that Mercy Corps had failed to meet some unspecified documentation requirements.

Nonetheless, Mercy Corps was proceeding with a wind-down plan. Said Christine Brigale,a spokesperson for Mercy Corps, “We are deeply committed to continue working in Turkey and to do what we can to resolve this issue and strengthen our partnership.”

A United Nations  spokesperson in New York responded to queries from Fox News by underscoring that “the U.N. and partners and continue to receive strong support from the Government in Turkey in implementing the critical cross-border operation from Turkey to save lives in Syria – including through Turkish NGOs and the Turkish Red Crescent which have also been instrumental in the humanitarian response inside Syria.”

The spokesperson pointedly noted that “we look to the continuation of – and indeed strengthening of – Turkish support for cross-border assistance” in 2017. “The U.N. continues to work closely with the Government of Turkey in this regard,” he said.

Mercy Corps was providing food, medical and other aid to between 350,000 and 500,000 Syrian refugees per month on the other side of the Turkish-Syrian border. It had also recently begun providing additional relief to Syrians and some Turks within Turkey itself, reaching 100,000 people there last year, according to its press release.

Many of those relief efforts were based out of the nearby southern Turkish center of Gazientep, which has become a relief hub for humanitarian organizations attempting to provide relief in northern Syria. (U.N. humanitarian operations, which work in Syria in cooperation with the regime of Bashar al-Assad, are centered in the Assad’s capital of Damascus.)

“We continue to seek a dialogue with Turkish authorities in an effort to obtain permission to resume our operations in Turkey as soon as possible,” Mercy Corps said. “We remain hopeful that the government of Turkey will allow us to return to serve those in critical need.”

For its part, the U.S. State Department reacted cautiously. “We are aware of the situation and are in contact with Mercy Corps, both in Turkey and in the United States,” State Department spokesman Mark Toner said in a statement. “We have informed the government of Turkey of our concerns regarding Mercy Corps’ closure and the impact it will have on their ability to provide critical humanitarian assistance to vulnerable populations.”

The increasingly authoritarian and thin-skinned government of Turkish President Recep Tayyip Erdogan was presumably well aware already of that impact, in what has become a fragmented and increasingly tense vortex of conflict.

Indeed, Erdogan’s government  may well have been making a different point by  sidelining one of the most important U.S.-based institutions in the explosive region—just as the U.S. itself has been increasingly sidelined in the diplomatic conversation now ongoing among Russia, Turkey and the Assad regime about how to end Syria’s brutal civil war.

On March 4, Turkey’s foreign ministry issued an angry denunciation of the State Department’s most recently published annual human rights report, issued a day earlier, saying that the parts on Turkey “comprise unacceptable allegations, misrepresentations and interpretations that do not reflect reality,” at a time “when we are faced with unprecedented threats of terrorism posed against the survival of our nation and state.”

The State Department report took note of a wide variety of alleged human rights violations by Turkey in the wake of abortive July 15 military coup against the Erdogan government, after which it dramatically tightened its grip on power.

The State Department document recounted many more accusations from human rights organizations of  government  human rights violations tied to the refugee flow from Syria’s civil war, and also in confronting the insurrectionist Kurdish Workers’ Party (PKK), and “groups affiliated with it,” in south-eastern Turkey.

(The Kurdish minority population in the region also spills over into Syria, and Kurdish fighters have been among the proxy forces backed by the U.S. both in fighting extremist forces of ISIS and in opposing the virulent Assad dictatorship.)

The Turkish foreign ministry statement made pointed reference to “our unprecedented efforts…towards a total of 3.2 million refugees” most of them Syrians, now living on the Turkish side of the Syrian border, whose presence is a huge burden—and also a demographic threat to neighboring countries and to Europe, if they should ever move elsewhere.

The foreign ministry also charged that the State Department report “falls short of acknowledging the necessity of measures taken in order to protect the fundamental rights and freedoms of our citizens,” a reference the July 15 coup, and to the alleged role in the coup of a dissident group that the Erdogan government has labelled as the  Fethullah Terrorist Organization,  or FETO. Erdogan’s government has embarked on a campaign to shut down the dissident organization’s offices around the world.

The government’s riposte  to the State Department noted that dissident leader Muhammed Fethullah Gulen, a former Erdogen supporter, lives in the U.S.  The U.S. government has so far refused Turkish demands for his extradition as an alleged terrorist, citing lack of proof.

On March 7, the same days as the Mercy Corps expulsion, Turkish government prosecutors handed down indictments against 211 alleged coup plotters. According to Turkish news agency report, the abortive effort was described in prosecution documents as an “attempt to overthrow the democratic constitutional order by treasonous FETO members with 35 planes, 37 helicopters, 246 armored vehicles and around 4,000 light weapons.”

All of that high drama came on the same day that much lower-key but important talks involving, among others, Chairman of the U.S. Joint Chiefs of Staff General Joe Dunford, were also taking place in Turkey about virtually nose-to-nose engagements  now taking place in northern Syria among an explosive patchwork of military and paramilitary groups.

Among them:   Assad regime forces and  militia groups backed by Assad, Iran and Russia, sometimes with Russian air support overhead; fanatical ISIS militia; anti-ISIS and al-Qaeda forces that also have U.S. backing and include Kurdish elements; and perhaps others.

The forces arrayed against ISIS have been gaining ground, even as Russian-backed Assad forces have been stepping up brutal attacks against opponents, including civilians, in other parts of the country.

One of the hopes of U.S. military planners is that the anti-ISIS forces  will soon be able to take the ISIS stronghold of Raqqa, which the jihadist organization has declared as its Syrian capital.  But in the process, Turkish military forces have also moved across the Syrian border to push out extremists and try to create a sanitary cordon along their frontier.

The upshot is that extremists, opposition militias and pro-government Syrian forces with Russian backing, Turkish forces and small numbers of U.S. support personnel have, in the phrase of U.S. Army Lt. General Steven Townsend during a March 1 briefing, “converged literally within hand-grenade range of one another.”

The role of Dunford and his Russian and Turkish military counterparts is to improve their mutual communication and tamp down the possibility that the increasingly congested and chaotic military action will turn into something much worse.