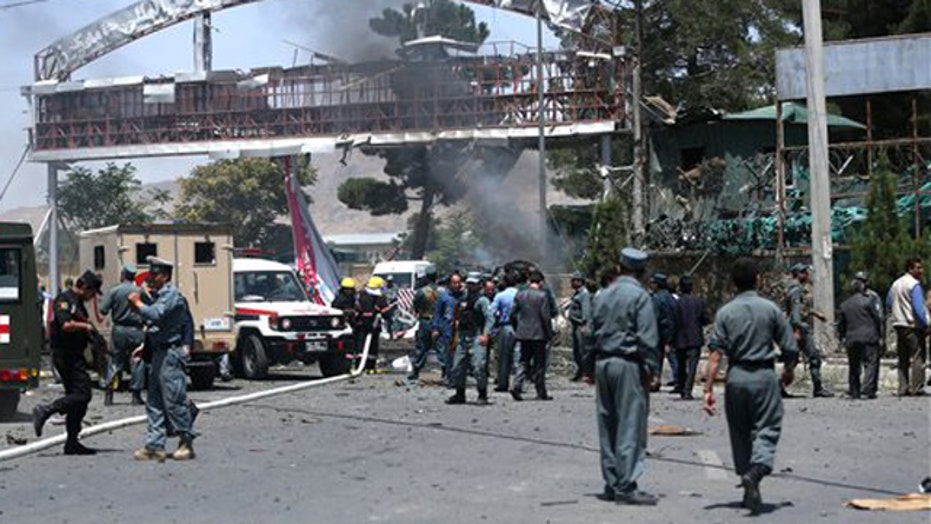 Is Turkey complicating US fight against ISIS?

Jacob Shapiro on how expanded Turkish influence is helping and hurting

The U.S. has welcomed Turkey’s decision to boost its support in fighting ISIS, but recent fighting between Turkish officials and Kurdish militants is putting a wrench in an already complex security situation.

Turkish airstrikes on PKK (Kurdistan Workers’ Party) targets and PKK militants claiming responsibility for a series of attacks within Turkey has become a distraction in the campaign against the Islamic State, foreign policy experts warn.

“The Kurds specifically that Turkey are targeting right now are associated with the PKK (Kurdistan Workers’ Party) … they are considered a terrorist organization by the United States … the PKK is not really an ally,” Jacob Shapiro, Middle East analyst at the geopolitical intelligence firm Stratfor, told FoxNews.com’s “Defcon 3.”

Since the 1970s, the PKK, a militant group composed of ethnic Kurds, has carried out a series of terror attacks against Turkey in an effort to establish an independent Kurdish state.

“It clearly confuses Western countries whose citizens largely have become quite pro-Kurdish as a result of the Kurds continuing, clear will to fight ISIS, typically against great odds. These same citizens generally looked favorably at Turkey’s recent decision to begin targeting ISIS in Syria, but were mystified when Turkey’s first actions after the decision included kinetic operations against Kurdish PKK bases in northern Iraq.”

Shapiro explains that the U.S. and its allies have relied more on non-PKK affiliated Kurds to fight ISIS. “The PKK is not on the front lines of the fight with the Islamic State” compared to Peshmerga fighters who are fighting ISIS in northern Iraq.

Turkish officials are concerned expanded Kurdish territory will threaten their own sovereignty. “The Turks fear the development of such a contiguous Kurdish-controlled region (in Syria) perhaps more than anything else … the Kurds now control territory that stretches from the Iraqi border in the East, through Qamishli to Kobani and to within 90 kilometers [55 miles] of Aleppo,” said Audino. A good portion of this territory does parallel the Turkish border.

Yet managing larger territory comes with its own problems.

Experts disagree on how the Kurds with U.S. partnership could better attack ISIS.

Audino believes better ground and air coordination could change the tide in the region. “Coalition airstrikes have been setting conditions on the ground, and coordinated Kurdish offensive ground operations have been able to exploit them to seize ground from ISIS and control it … but the number of airstrikes has been limited to levels far below what we are capable of delivering on the battlefield, and the low levels of resourcing for the Peshmerga are constraining their ability to continue to gain ground.”

“We can’t completely wipe out the Islamic State in any sense because it’s an idea; they can just rely on going back to more terrorist-oriented or guerilla fighting … we may be able to make some gains against them … short of actually going in and getting rid of them ourselves, we are just going to have to depend on local militias and allies to get the job done,” said Shapiro.