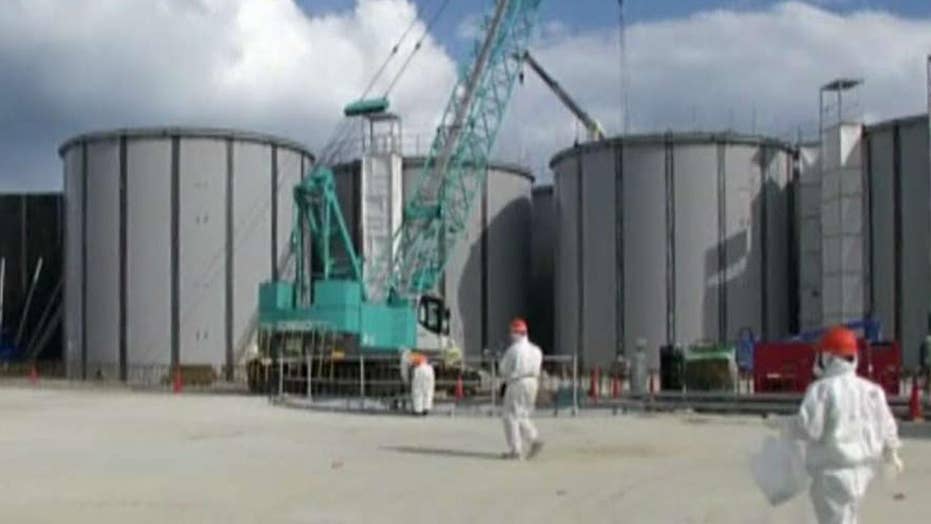 'Special Report' revisits the story for the 'Whatever Happened To' series.

Towering waves could overwhelm the wrecked Fukushima nuclear plant in Japan if another mega-earthquake struck the deep-sea trenches off the country's Pacific coast, a government panel said Tuesday.

The Japanese panel said in a report that if an earthquake of magnitude 9.0 or greater struck in the deep-sea trenches, tsunami waves as high as 44 feet could hit the area around the Fukushima plant.

“A massive earthquake of this class (shown in the simulation) would be difficult to deal with by developing hard infrastructure (such as coast levees)," seismologist Kenji Satake, a University of Tokyo professor and head of the panel said Tuesday. "To save people’s lives, the basic policy would be evacuation."

A future mega-quake in the Japan Trench, which extends off Hokkaido, the northernmost of Japan’s main islands, to Boso Peninsula east of Tokyo, or in the Kuril Trench, which goes from Hokkaido to Russia's Kuri Island, could yield disastrous results.

Waves as high as 98 feet could strike the northernmost island of Hokkaido, while other tsunamis may strike in areas along the Sea of Japan, according to Kyodo News.

A tsunami from a future mega-quake in Japan may overwhelm a planned seawall at the stricken Fukushima Dai-ichi nuclear power plant. (Kyodo News via AP, File)

The latest government projection suggests a 36-foot seawall planned by the owner of the wrecked nuclear plant, Tokyo Electric Power Co. (TEPCO) would also be overwhelmed if tsunami waves are unleashed, according to Japanese broadcaster NHK. The panel expected waves of at least 44-feet could strike Futaba Town, where the plant is located.

A magnitude 9.0 earthquake that struck off Japan's east coast in March 2011 spawned a devastating tsunami that struck the nuclear facility. Three reactors at the Fukushima Dai-ichi plant then had meltdowns, causing radioactive water to leak from the reactors and mix with the groundwater and rainwater at the plant. The water is being treated but is still slightly radioactive and is stored in 1,000 large tanks, which hold 1 million tons of water.

TEPCO currently stores about 1.2 million tons of radioactive water and only has space to hold up to 1.37 million tons, or until the summer of 2022. The water — leakage of contaminated cooling water from damaged reactors mixed with groundwater — has accumulated since the accident. It is constantly pumped up, treated and stored in tanks, while part of it is recycled as coolant.

The company said Wednesday it's assessing the new government report.

“Tepco will examine the latest projections and analyze the impact on the ongoing preventive measures against tsunamis that the company has been taking,” a spokesman told Reuters.

According to NHK, TEPCO is also taking other protective measures as it decommissions the plant including blocking openings of the reactor buildings and deploying power supply vehicles to higher ground to continue cooling spent nuclear fuel.

An ever-growing amount of contaminated, treated but still slightly radioactive, water at the wrecked Fukushima Dai-ichi nuclear plant is stored in about 900 huge tanks, including those seen in this photo taken during a plant tour in 2017. (AP)

The tanks where radioactive wastewater is stored are on higher ground and not expected to be impacted by any potential tsunami in the future, NHK reported.

The Cabinet Office panel said the warning about the next mega-quake was made on a worst-case scenario based on data showing massive tsunamis have happened in the region every 300 to 400 years. The 2011 earthquake left about 15,000 people dead and devastated northeastern Japan.

A group will now work over the next year to estimate a death toll, damage to infrastructure, and economic impacts from a future mega-quake in addition to counter-measure that can be taken. A final report is expected by March 2021, according to Kyodo News.