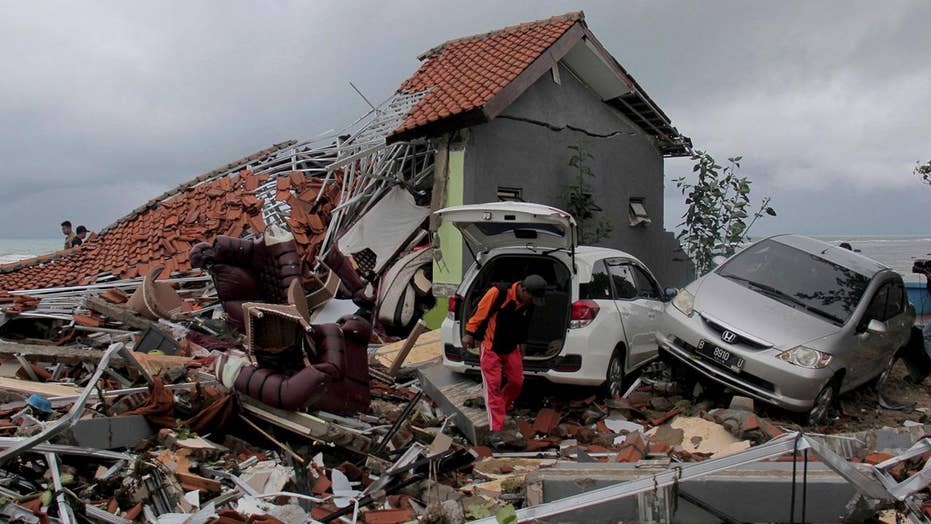 President Trump on Sunday offered his prayers to the victims of the tsunami that slammed Indonesia, killing hundreds of people.

"Unthinkable devastation from the tsunami disaster in Indonesia," the president tweeted. "More than two hundred dead and nearly a thousand injured or unaccounted for. We are praying for recovery and healing. America is with you!"

The tsunami was sudden and hit unexpectedly after the volcanic eruption at Anak Krakatau. Over 280 people were killed, more than 1,000 were injured and dozens have been reported missing.

Pope Francis offered his prayers for those killed in the tsunami, as well. Speaking at the Vatican on Sunday, Francis told visitors his thoughts were with those "struck by violent natural calamities."

The pope also appealed for people to show solidarity, and for the international community to lend support to the victims and their loved ones.

TSUNAMI KILLS AT LEAST 222 IN INDONESIA, SWEEPS BAND OFF STAGE AFTER VOLCANO ERUPTION

Cardinal Timothy Dolan of New York was also among those praying for those impacted by the tsunami, tweeting to his followers on Sunday to "join me in prayer for the lost souls in the tsunami in Indonesia and all those affected."

The deadly tsunami was the second to pummel Indonesia this year, but the previous one — which killed over 2,500 people in September on the island of Sulawesi — was accompanied by a powerful earthquake that gave residents a warning, albeit brief, that the waves were coming.

On Saturday, the ground didn't even shake beforehand to alert people of the oncoming tsunami wave that ripping buildings from their foundations. 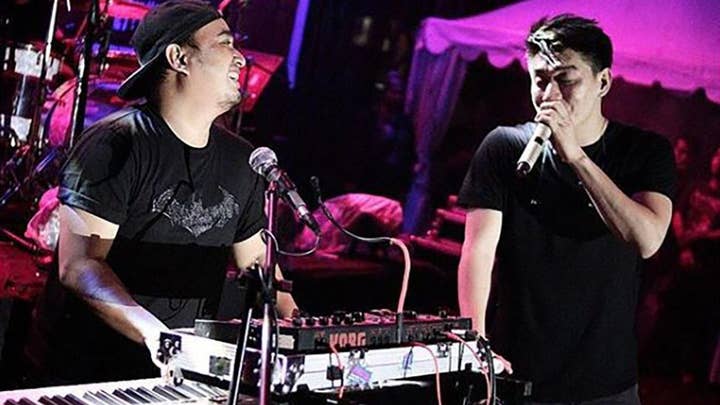 Relief efforts were underway to assist those in the area. The Indonesian Red Cross and the International Federation of Red Cross and Red Crescent Societies have been on hand implementing aid to people in distressed areas.

Scientists, some from Indonesia's Meteorology and Geophysics agency, said the tsunami could have been sparked by landslides — either above ground or underwater — on the steep slope of the erupting Anak Krakatau volcano. The scientists also cited tidal waves during the full moon.

The 1,000-foot-high Anak Krakatau — which means "Child of Krakatoa" — lies on an island in the Sunda Strait between Java and Sumatra islands, linking the Indian Ocean and the Java Sea. It has been erupting since June and did so again about 24 minutes before the tsunami, the agency said.