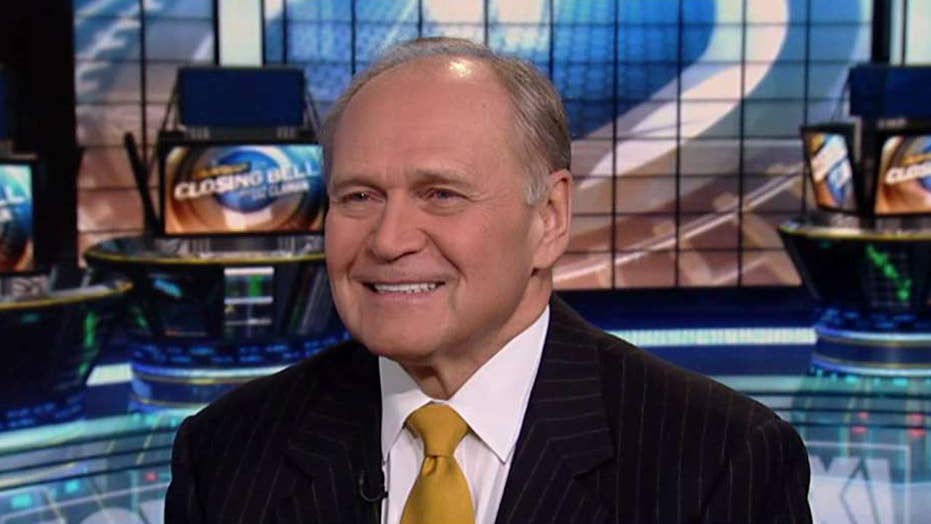 Robert Nardelli, the former CEO of Chrysler and Home Depot, on President Trump’s position on NAFTA and how it could impact the auto industry.

Speaking at the University of Chicago's Institute of Politics, Trudeau said it’s possible that it might be better for Canada to accept "no deal" rather than accede to revised trade proposals from the Trump administration.

“We will not be pushed into accepting any old deal, and no deal might very well be better for Canada than a bad deal,” he said.

"We will not be pushed into accepting any old deal, and no deal might very well be better for Canada than a bad deal.”

Trump has signaled the U.S. might pull out of the 24-year-old agreement if these conditions are not met.

Despite his tough talk, Trudeau promised that Canada would engage "thoughtfully and constructively" in talks with the U.S. and Mexico.

NAFTA has long been a target of Trump’s ire, and served as one of his favored punching bags during the 2016 presidential campaign.

“NAFTA was the worst trade deal in the history of this country,” the president told an audience in Monessen, Pa., in June 2016.

"NAFTA was the worst trade deal in the history of this country."

— Donald Trump, during the 2016 presidential campaign

Last month, U.S. Trade Rep. Robert Lighthizer said talks to rewrite NAFTA were progressing very slowly. Lighthizer said there will be another round in Mexico in late February and that core issues are starting to be discussed.

The Trump administration's goal is to boost the number of manufacturing jobs in the United States, either by encouraging new investment or by bringing back jobs that had moved to Mexico, Lighthizer said.

After Chicago, Trudeau is scheduled to make stops in California. In San Francisco, he's set to meet with local business leaders and entrepreneurs. And in Los Angeles, he'll speak at the Ronald Reagan Presidential Foundation and Institute.

Also on Wednesday, Trudeau told reporters he was making a “dumb joke” when he corrected an audience member who used the term “mankind” instead of “peoplekind.”