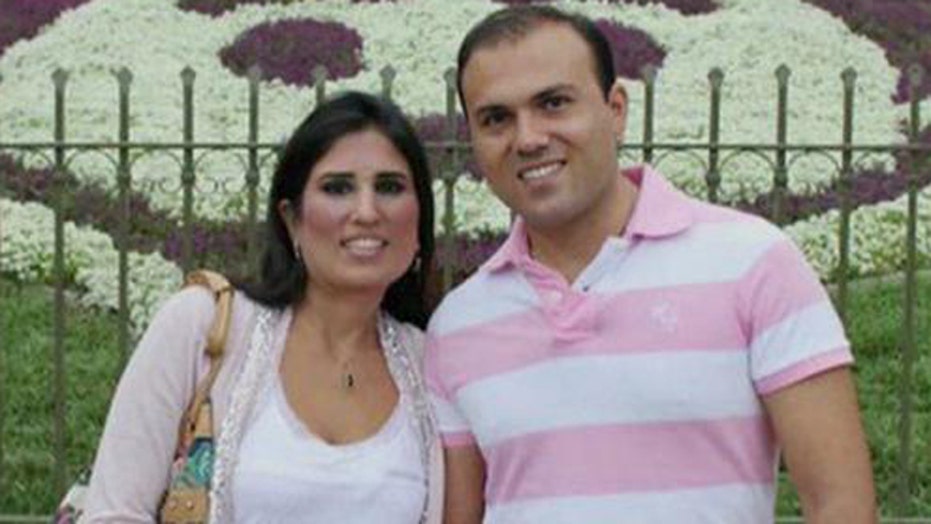 The American pastor jailed in Iran for his faith suffered new attacks and beatings, making his physical condition more serious than ever, according to family who visited him in prison today and saw the marks and injuries first-hand.

Saeed Abedini, the 32-year-old American who is serving an eight-year prison term in Iran because of his Christian faith, has been suffering for months from serious injuries, including internal bleeding from beatings at Iran’s notoriously brutal Evin prison.

"I cannot express in words how concerned I am about Saeed's physical and mental health," Abedini’s wife, Naghmeh said.

Naghmeh remains in Boise, Idaho, with her two young children, where the only news about Abedini comes through sporadic updates from family in Iran.

"He is now continually attacked and threatened. The Iranian government should know that we are watching and aware of what they are doing to Saeed inside Evin prison. We need to speak louder until Saeed is home safely on U.S. soil," Naghmeh Abedini said.

Last week, Fox News reported that the Iranian authorities, who had promised Abedini proper medical attention for his existing injuries, took him to the hospital only to bring him back to the prison without receiving any medical treatment.

On Monday, Abedini told family members during their weekly prison visit that he was severely beaten the day prison officials took him to the hospital. The beatings and internal injuries are causing Abedini to experience frequent fainting spells, he told them.

Iranian officials are telling Abedini it could be an additional two months before he will receive medical treatment, according to his attorneys.

“Such a delay is inhumane and a gross violation of Iran’s international obligations,” said Jordan Sekulow, executive director of the American Center for Law and Justice, the organization representing Abedini’s U.S.-based family.

“In addition to refusing to give Pastor Saeed the medical care he needs, it now appears authorities are stepping up their physical abuse and psychological torture. The daily threat that his life could be taken by his internal injuries or by the hands of cellmates, weighs heavily on Pastor Saeed,” Sekulow said.

Abedini also reported to family members that cellmates, who appear to have connections to the Iranian intelligence police, recently threatened they would suffocate him in his sleep, making his death look like an accident.

In a recent letter from his prison cell, Abedini wrote that he cannot even recognize himself after all the beatings and torture he has endured: “My hair was shaven, under my eyes were swollen three times what they should have been, my face was swollen, and my beard had grown.”

More than a decade ago, Abedini worked as a Christian leader and community organizer developing Iran’s underground home church communities for Christian converts who are forbidden from praying in public churches. He was arrested in 2005 but released after pledging never to evangelize in Iran again.

After months of imprisonment without any notice of charges, Abedini was sentenced in January to eight years in prison, as his family and attorneys continue to pressure the State Department and other public and private groups to facilitate his release.

Despite news last week that court officials once again denied Abedini bail, the ACLJ is continuing to push forward an appeal in hopes of having the case overturned.