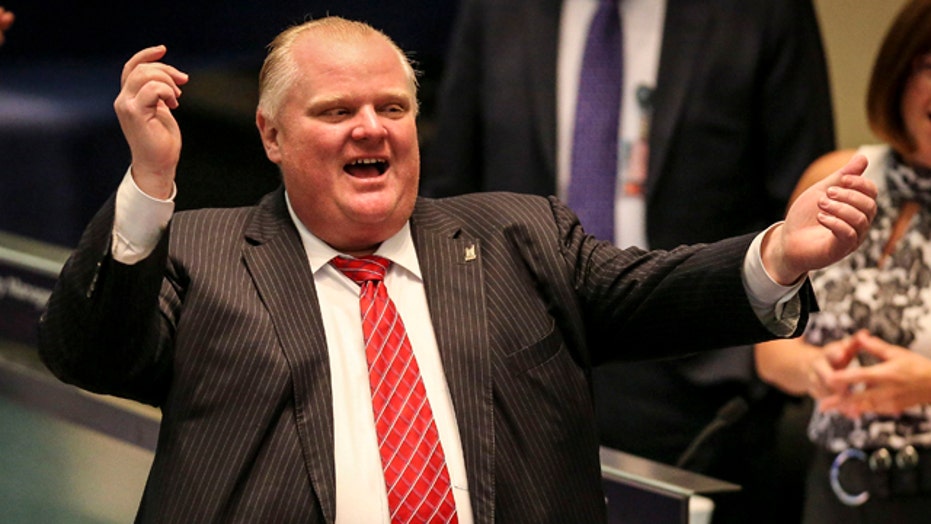 Crack-smoking politician boogies down in Toronto

Toronto Mayor Rob Ford took a dance break during a council meeting Tuesday -- moments after he had an angry exchange with a councilor.

According to The Toronto Sun, Ford started dancing to a performance by a local jazz band who was playing holiday music during the meeting, and was joined by several councilors and city officials.

A few minutes before, Councilor Pam McConnell -- the council who was knocked over by Ford at a meeting last month -- was disagreeing with Ford after she tried to speak with one of his staff members.

Moments later, Ford is seen in a video throwing his hands up in the air and swaying to a reggae song in the middle of the council chamber.

McConnell said the music break would have been great a year ago but not given Ford's current scandal.

“Right now, under the kind of microscope that we’re under, it just seems to me that we’re not taking it very seriously, the whole world is looking at us,” she said. “Now being able to show the Toronto city council boogying around instead of doing business just feeds into that late-night show comedy act.

“This seems to be the norm now,” Grimes told The Toronto Sun. “This has turned into the greatest show on earth, it is crazy, every day is something different. There is no word for it anymore -- ridiculous, over the top, gong show -- that’s all gone."

“This can’t keep going on, there are a lot of important issues we have to deal with [at council]," he said.