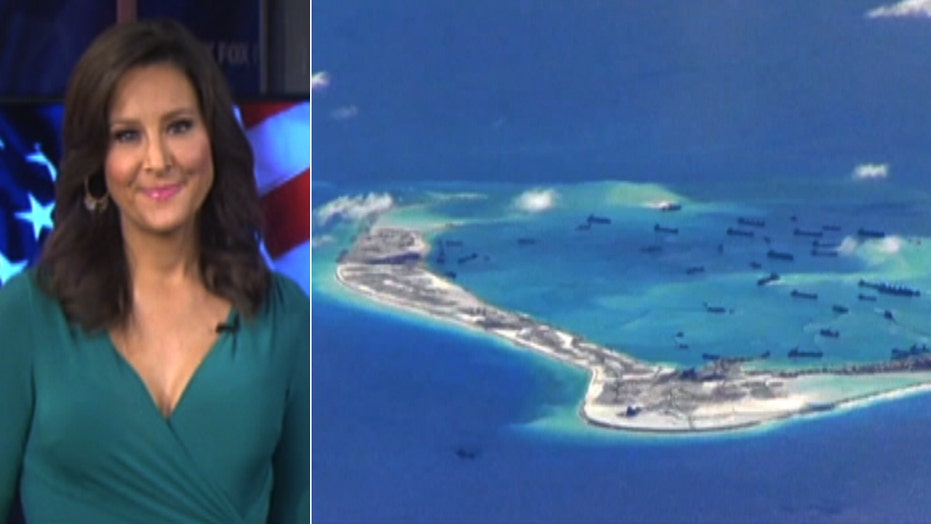 National Security Headlines: US vs. China in South China Sea

China’s top general dismissed concerns on Saturday that Beijing is trying to strengthen its control over the South China Sea and reiterated that the artificial islands are mainly to aid shipping.

General Fan Changlong made the comments as the U.S. considers sending a Navy ship inside the 12-nautical mile territorial limit surrounding one of the man-made islands. The U.S. and other Asian nations have called on Beijing to end the developments on the islands over concerns they are destabilizing an increasingly militarized region.

Fan said that the concerns the island construction could affect freedom of navigation were unfounded.

Former U.S. Chief of Naval Operations Admiral Gary Roughead spoke at the forum after Fan and called China’s actions “suspicious" and said it "presents the potential for miscalculations. While Beijing's assurances are welcomed, confidence measures and increased transparency are needed to assuage China's neighbors of its peaceful intent, Roughead said.

Fan said the two new lighthouses erected on one of the artificial islands is evidence of good intentions.

"We will never recklessly resort to the use of force, even on issues bearing upon sovereignty, and have done our utmost to avoid unexpected conflicts, said the general, a vice chairman of the powerful commission controlling the military that is headed by President Xi Jinping.

China started operating two new lighthouses on a reef last week, according to the Xinhua News Agency. The Ministry of Transport held a completion ceremony for the 164-foot Huayang and Chigua lighthouses on Huayang Reef.

Fan made comments at the Association of Southeast Asian Nations (ASEAN) meeting and Xiangshan Forum as China’s military tries to burnish its reputation in a region that’s on high alert over Beijing’s military ambitions. Four ASEAN countries have claims to seas and islands in the South China Sea that clash with Beijing’s own.

Unnamed Pentagon officials told The Washington Post the Navy is planning to send at least one ship within 12 nautical miles of the Spratly Islands. Defense officials said the movement could be conducted by a destroyer or cruiser, both of which are capable of carrying helicopters and weapons. Philippines has strongly backed the move on Wednesday.

China's military, especially its navy, is gathering formidable capabilities, fueled by large annual increases in the military budget, which is now the world's largest behind the U.S.

China is adding new ships and submarines at a rapid pace, and its first aircraft carrier will soon become operational. Meanwhile, a massive military parade in Beijing last month showcased new missiles permitting China to hit targets — including U.S. Navy ships and bases — throughout the region.

Along with claiming almost all of the South China Sea's island groups and crucial sea lanes, China is dueling with Japan over ownership of an uninhabited chain of islands north of Taiwan, and in late 2013 declared an air defense zone that would theoretically give it control of aviation over much of the East China Sea. Many analysts believe China is now considering declaring a similar zone over the South China Sea.