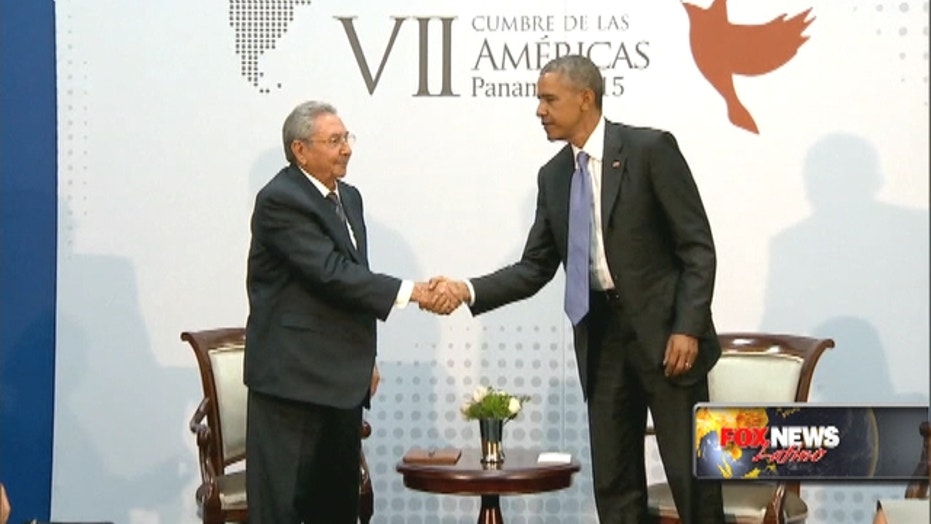 JANUARY
"Jane the Virgin" star Gina Rodriguez becomes the second Latina ever to win a Golden Globe award, for Best Actress in a TV series.

A federal judge in Texas blocks the president's use of executive actions to delay the deportation of some 5 million undocumented immigrants. The setback gives a coalition of 26 Republican-led states time to pursue a lawsuit against the president.

After a five-decade diplomatic freeze, President Barack Obama holds a historic face-to-face meeting with Cuban President Raúl Castro in Panama. Both leaders vow to start up foreign relations and reopen embassies in each others' countries.

Billionaire Donald Trump announces his plan to run for president and ignites controversy after suggesting that Mexico sends its worst people to the U.S.

For the first time in 54 years, the U.S. flag is raised in Havana, Cuba.

After more than half a century on TV, "Sabado Gigante" host Don Francisco says goodbye. The show goes down in history as the longest-running TV variety show in the world.

The Pope travels to Cuba before embarking on a three-city tour of the U.S..

President Obama takes the fight for his immigration executive actions to the Supreme Court.

Puerto Rico is running out of cash, the governor of the U.S. territory telling Congress that the island soon won't be able to pay off its $72 billion dollar debt.