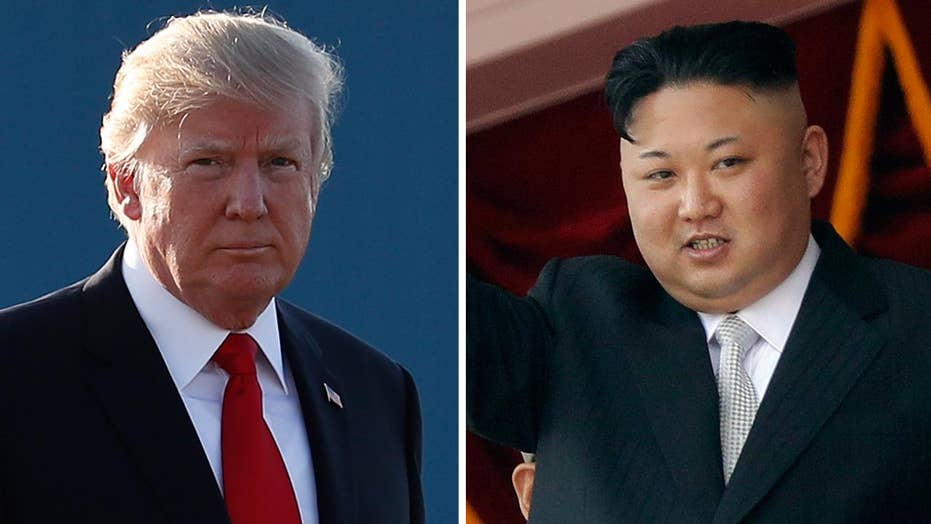 President Donald Trump is scheduled to attend the Group of 20 (G-20) summit this week.

Heads of state and government are expected to attend the event in Hamburg, Germany, on July 7 and July 8. Here's what you should know about the international forum.

Together, they "account for more than four-fifths of gross world product and three-quarters of global trade, and are home to almost two-thirds of the world's population," according to the G-20 website. Germany is currently in charge of the G-20 presidency, which changes each year. Whoever hosts the summit can establish its agenda and guide talks, according to The Telegraph.

WHAT IS NATO, AND WHY IS IT IMPORTANT?

Who else is invited this year?

Norway, the Netherlands, Singapore, the African Union (AU), the Asia-Pacific Economic Cooperation (APEC) and the New Partnership for Africa's Development (NEPAD) were invited by Germany. Spain is a permanent guest invitee.

World leaders "traditionally focus on issues concerning global economic growth, international trade and financial market regulation," according to the site. Summit outcomes are described in published declarations. As part of the declaration from the 2016 G-20 Summit, leaders said they would "pursue innovative growth concepts and policies" and would "work harder to build an open world economy."

The initial G-20 meeting grew out of the G-7, which is a group of industrial democracies consisting of France, Germany, Italy, Japan, the United Kingdom and the United States. The 1999 meeting of finance ministers and central bank governors occurred as a reaction to a financial crisis in Asia.

TRUMP AT G-20: WHAT TO KNOW ABOUT THE PRESIDENT'S UPCOMING TRIP TO EUROPE

"In the dramatic early days of the financial crisis in 2008, it quickly became apparent that the necessary crisis coordination would only be possible at the highest political level," the G-20 website says, explaining that the finance ministers and central bank governors meetings "were raised to the level of heads of state and government."

WHAT TO KNOW ABOUT THE G7 AND ITS ANNUAL SUMMIT

G-20 finance ministers and central bank governors meetings have taken place during the years. Treasury Secretary Steve Mnuchin was among the attendees at one such meeting in Baden-Baden, Germany, in March.