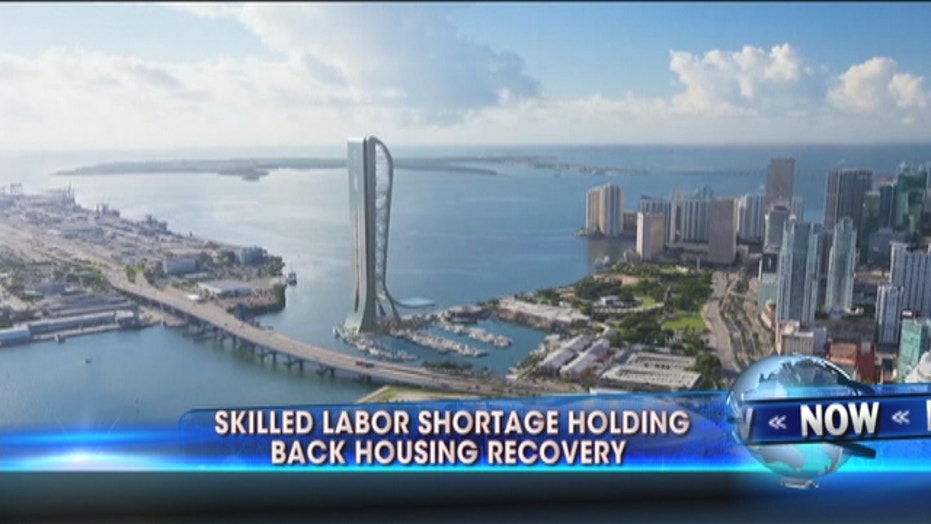 Investment money is coming in and builders are ready to build, but the shortage of skilled labor is holding them back.

Miami, Fla. – Building construction is chugging along in the Miami area in 2014,  rebounding at last from the rock-bottom of the Great Recession. Miami's skyline is rising again, like at Related Group's Icon Bay, which, when completed next summer, will be a 43-story condo tower on Biscayne Bay, with commanding views of the manatees and dolphins swimming in the water below.

Construction and development are major economic indicators, and in Miami-Dade County, Florida, more than 100 high-rise crane permit requests are pending.

But there's a critical concern: The entire nation is experiencing a skilled labor shortage.

From window installers to plasterers to electricians and duct workers, each position within the construction industry is difficult to fill now.

The Associated General Contractors of America recently surveyed general contractors around country and two-thirds expressed a sincere worry that they won't find the people they need to fill all the jobs.

"The irony is, the places that were hardest hit during the construction downturn – cities like Miami, Phoenix, Las Vegas, parts of the central valley of California," said Brian Turnmail of the AGCA, "are the exact same areas that, now that they're growing again, are having the hardest time finding skilled workers."

What's needed, he believes, to keep this economic rebound positive, is a national re-emphasizing of the value of trade and vocational schools.

Even so, the sense in Miami among developers is that, with plenty of construction jobs already underway and with plenty of new projects in the pipeline, this will be the best year in a long time. As long as enough skilled labor is available.

Carlos Rosso of the Related Group only fears that shortage if mad-dash developers start overdeveloping, as they did in the years leading up to the recession.