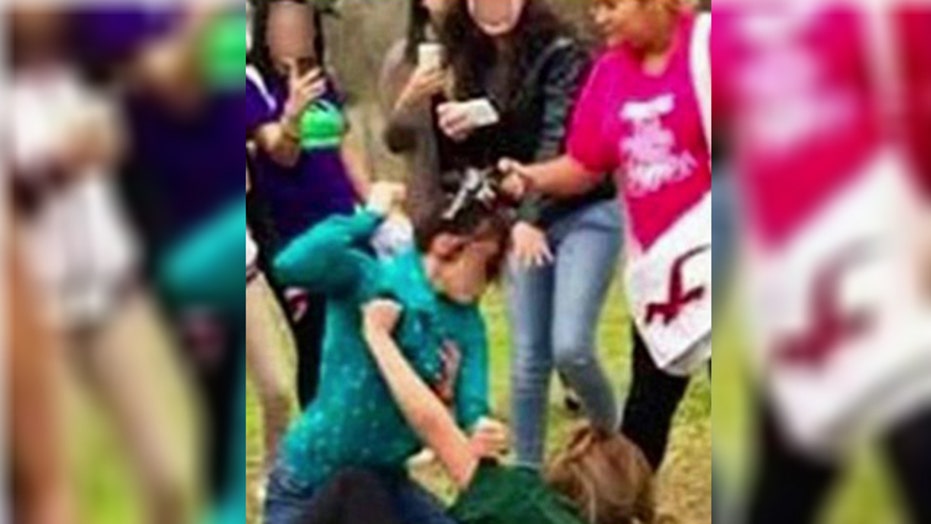 A Texas mother was arrested after she pulled a gun a on a teenage girl who was fighting her daughter in a playground scuffle.

Viridiana Alvarez is being charged with aggravated assault with a deadly weapon after a photo surfaced from the fight that shows the 33-year old mom pointing a handgun at the head of the girl, who has her daughter pinned to the ground.

Alvarez said the pistol was not loaded and she simply wanted to scare the other girl, who was fighting her daughter at a park next to Pasadena High School in suburban Houston. The melee, which was eventually broken up by campus police, started because of a disagreement over a boy. One girl challenged the other to a fight after school.

Ted Myers, the father of the other girl involved, said he knew about the brawl but only became when upset when he saw footage of Alvarez pointing a gun at his daughter.

"I literally, my stomach dropped," he said, according to the New York Daily News. "I got nauseous and shaky."

The school suspended both girls until Monday and ordered them to take part in a five-day guidance program. Alvarez remains in Harris County Jail on a $35,000 bond.

"I don't think a grown woman should be taking a gun where kids are," the victim's grandmother told KFOR.com.