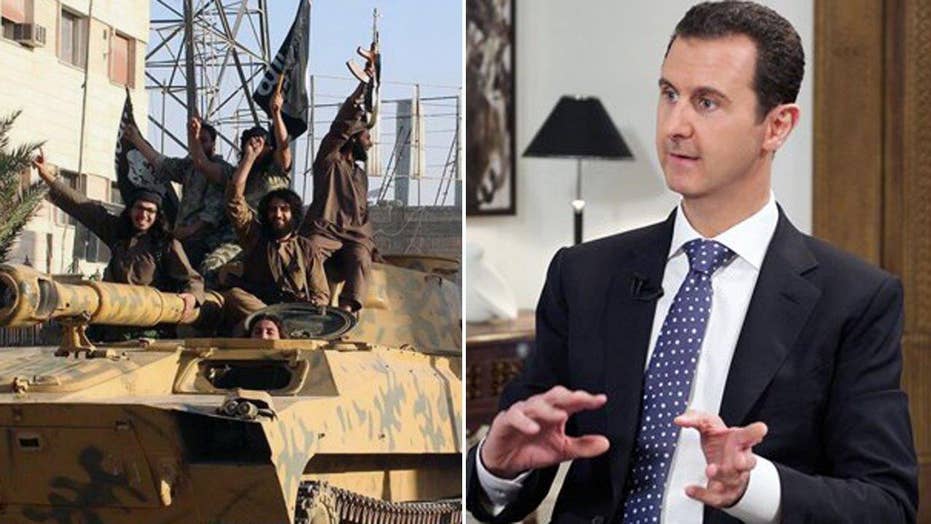 Perhaps the enemy of our enemy is not really our friend at all. Is Assad funding ISIS terror? Rep. Tulsi Gabbard goes 'On the Record'

The ISIS terror group has earned hundreds of millions of dollars through taxation and confiscation, enabling it to pay the salaries of jihadists and cover the cost of other local services, according to a published report.

The Financial Times, which cited interviews with Western intelligence officials, former ISIS fighters and former residents of the group's territory in Syria and Iraq, reported that ISIS earns at least as much money from such methods as it does from the sale of its oil. A U.S. Treasury official recently estimated that ISIS takes in approximately $40 million per month on oil sales, much of which goes to areas controlled by the Syrian government the terrorists are fighting.

The FT report says the fundamental tax in ISIS-held territory is zakat, an obligatory form of charity that requires Muslims who can afford it to give 2.5 percent of their capital. ISIS justifies the collection by citing a Koranic clause that says the zakat proceeds can be given to those fighting for a holy cause.

Among the key sources of income early in ISIS' reign of terror was the taxes levied on Iarqi government employee salaries. Despite ISIS fighters overrunning Iraq's second city of Mosul in the summer of 2014, the Financial Times reports that the Baghdad government continued to pay its employees for almost a year afterward. The paper estimated that the taxes alone netted ISIS an additional $23 million.

"[Eventually], there was no other alternative than to cut the salaries,” Haitham al-Juboori, the deputy head of Iraq’s parliamentary finance committee., told the paper. "We couldn’t find another way."

The Financial Times reports that ISIS also takes a small percentage of money transfers, which are most often sent to residents living in the group's territory from relatives overseas.

Despite the apparently large cash flow, the paper reports that the pool of potential zakat payers has shrunk in recent months as wealthy residents flee the area. Similarly, Iraqi officials say that agricultural yields, which are also subject to ISIS taxes, have dropped by more than a third over the past year, while livestock numbers have also fallen.

However, Syrians interviewed by the FT say that ISIS will likely find ways to tax the remaining residents as long as they attempt to survive.