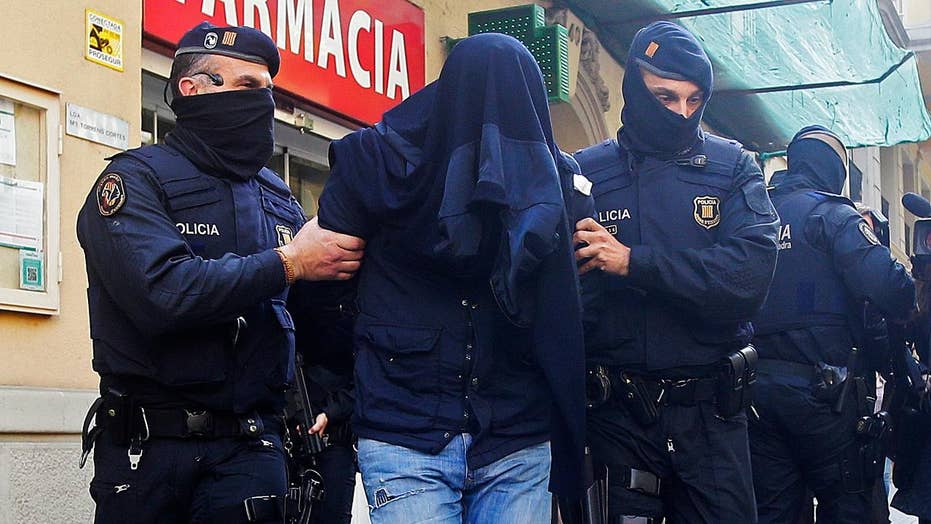 Dawn raids carried out by the regional Mossos d’Esquadra officers in conjunction with police from Belgium were staged across Barcelona and surrounding towns.

The group said to have been targeted has been described as a “terror cell with international ramifications.”

Four of the eight men held  - all Moroccan - belong to ISIS and have links to those behind the Brussels bombings last year that killed 32, Mossos d’Esquadra police chief Josep Lluis Trapero said.

Sources close to the investigation told El Periodico that several of those held in raids in and near Barcelona were in the Belgian capital two days before the terror attacks at Brussels Airport and Maalbeek tube station.

POST-ISIS, IRAQIS DEBATE US TROOPS REMAINING IN THEIR COUNTRY

The men detained are aged between 31 and 39 and have lived in Catalonia for some time, although they are understood to have moved around Europe.

Three weapons and £30,000 cash are believed to have been seized during the operation against radical Islamic terrorism and drug trafficking.