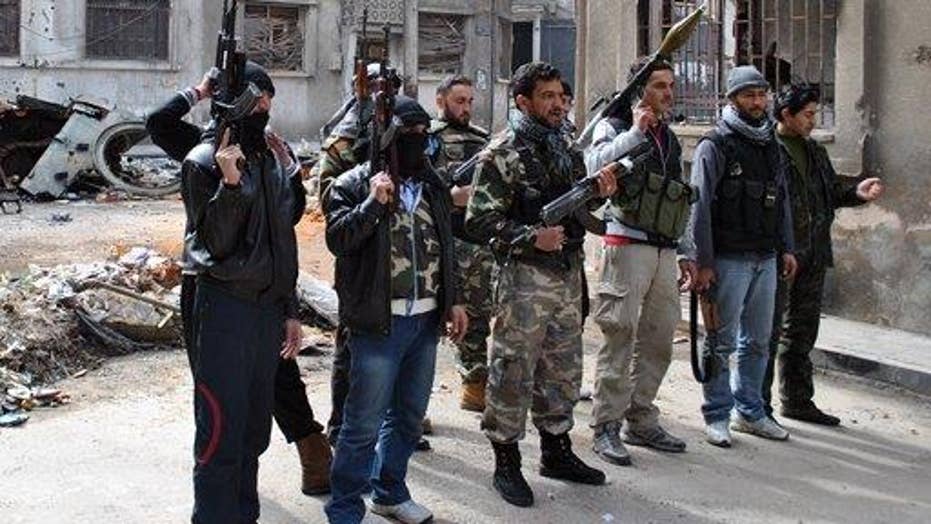 An Iran-backed terrorist group operating in Syria is parading around the war-torn country in U.S.-made armored vehicles affixed with antiaircraft guns – and one of the most frightening aspects is how U.S. officials and analysts can't agree on how the extremists got their hands on the American war machines.

A popular theory quickly emerged that Hezbollah had stolen – or otherwise acquired – the M113s from the Lebanese Armed Forces, which receives U.S. military aid. But a State Department official told The Washington Post this was an unlikely scenario.

“The Lebanese military has publicly stated that the M113s depicted online were never part of their equipment roster,” the official said. “Our initial assessment concurs: The M113s allegedly in Hezbollah’s possession in Syria are unlikely to have come from the Lebanese military. We are working closely with our colleagues in the Pentagon and in the Intelligence Community on to resolve this issue.”

Perhaps more plausible? The Shiite militants got the M113s after the disintegration of the Southern Lebanese Army, a Christian militia that was allied with and supplied by Israel.

Israel gave several M113s to the SLA, according to research reviewed by The Post.

Another theory is that Hezbollah might have taken the vehicles from the terror group formerly known as Jabhat al-Nusra. Though the Al Qaeda-aligned al-Nusra was known to have M113s, it was not clear how they, too, had acquired the military vehicles.