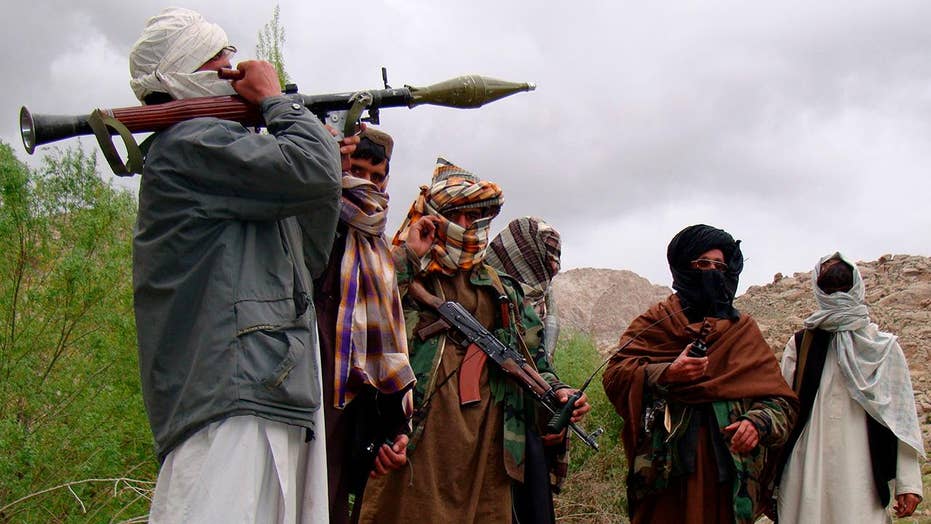 Taliban is reportedly holding secret meetings with Afghan officials to discuss a possible ceasefire. Mike Tobin has the details.

The Taliban in Afghanistan once dug underground tunnels and staged suicide bombings to spring their members from jail, all to get their forces back in action against U.S. and the Afghan government.

But these days, the group can simply exploit loopholes reserved for the old and sick: bribing and intimidating health officials for early release.

“We screen sick prisoners being treated inside prison hospitals or who have needed to get their treatment in national hospitals outside the prison,” Mohammad Nowroz Haqmal, 41, a prominent representative for the Ministry of Public Health to the International Security Assistance Forces and regular on Afghan television news, told Fox News. “And ones that are categorized as having untreatable conditions like cancer, are released regardless of their level of crime.”

But Haqmal said internal corruption has more and more led to staff accepting bribes from prisoners and Taliban associates – particularly from those involved in Afghanistan’s widespread drug trade – for select inmates to be transferred to hospitals outside the prison where they can more easily escape. Others secure their outright release, under the false pretense of being terminally ill.

But in refusing to comply himself, Haqmal paid a heavy price.

“I started to receive requests that I assign many of the Taliban prisoners as ‘untreatable,’ and state that they need to be released,” he recalled. “But when I checked those patients’ names, they were not in this category. And then in late April, I started to receive threats to my home in Kabul saying that I would be killed.”

Haqmal said he requested increased security from his superiors, and was simply told not to worry.

But in the early afternoon of May 5, he was with a brother visiting their family’s property in the Char Asib district of Kabul province, when four armed men on motorbikes seized him less than 70 feet from a government-manned checkpoint. Blindfolded, handcuffed and driven to the basement of a house some 30 minutes away, Haqmal was told he would be killed for both refusing to acquiesce with Taliban corruption orders and for being “someone linked with the United States.”

EXILED AFGHAN LEADER, AND ONE-TIME U.S. ALLY, WARNS AGAINST "PEACE" WITH TALIBAN FROM POSITION OF WEAKNESS

“I was mentally and physically tortured,” he said. “They beat me in the basement, and there were so many mock executions – more than twenty times the Taliban put a knife to my neck. I never thought I would make it out alive.”

The day after his abduction, in the early hours of the morning, Haqmal remembered the sound of vehicles in the remote area outside sent his Taliban captors scrambling, in the fear Afghan police had tracked them down.

According to Haqmal, this all points to a much larger issue of how Taliban insurgents are returning to the battlefield. He argues that since 2014, when he first became manager of prison health screenings, hundreds of Taliban members were released under the “terminally ill” or old and ailing guise. And he anticipates more than 80 percent of those soldiers returned to the battlefield.

One U.S. official, who spoke on the condition of anonymity, said they don't have any clear way of identifying the number of Taliban released under false medical pretenses.

Afghan security officials confirmed Haqmal’s abduction, and while the Ministry of Public Health (MOPH) did not respond to requests for comment, in their most recent statement addressing corruption – dated April 2015 – it vowed to implement a “zero-tolerance policy” regarding one of its main acknowledged abuse practices: extortion, or “under the table” payments.

But corruption remains a rampant problem, not only within the health sector, but within the Afghan government.

The Special Inspector General for Afghanistan Reconstruction (SIGAR) in its latest audit, released last week, stated the government has “made some progress in combating corruption within the government,” but that it “continues not to take action against public officials who violate internal codes of ethics.”

SIGAR also contended the government is “failing to protect reformers and whistleblowers from reprisal.”

Taliban insurgents are known to have infiltrated other facets of government, where they have positioned themselves as a direct threat to U.S. interests. Insider attacks against foreign troops have been commonplace since 2011, and over the past decade have resulted in the deaths of more than 150 NATO troops.

Monique Chouraeshkenazi, U.S. Air force veteran, associate professor of Homeland and National Security at American Public University and founder/CEO of security firm The Chouraeshkenazi Group, characterized the infiltration of Taliban insurgents within the government as “exponential,” and said schemes such as the early prison release further endanger U.S. and allied troops on the ground.

“The goal has always been to remove all American and coalition forces. They see American forces as a foreign threat to their land, resources, religion and culture and will do anything necessary to remove that threat,” Chouraeshkenazi said. “With the largest Taliban presence the country has seen, it is safe to say the Taliban has more influence over the Afghan government.”

The Afghan Taliban is for the most part an insurgency which occupies prominent swaths of territory and strives to govern the country.

While the offshoot of the group stationed on the Pakistan side of the border, formally called the Tehrik-I Taliban, is named on the State Department’s list of Foreign Terrorist Organizations (FTO) the Afghan flagship is not.

“The Taliban qualifies to be on the list, but it isn’t due to political implications,” Chouraeshkenazi explained. “Putting the group on the terrorist list would significantly impact the U.S. ability to have lines of communication with diplomatic officials and leadership within the group, hindering any possible future negotiations and peace talks with the Afghan government.”

A State Department spokesperson affirmed to Fox News the Afghan Taliban is a terrorist organization for “immigration purposes,” and they are marked as the more downgraded “terrorist entity,” which imposes sanctions and penalties on terrorists and those “providing support.”

And even though Afghanistan’s President Ashraf Ghani has made repeated offers for unconditional peace talks with the brutal outfit, they have so far refused to come to the table – insisting only that all foreign troops must leave – and bypassing the Afghan leadership altogether and instead reaching out directly to the Trump administration.

Over the past year, the Afghan Taliban has orchestrated an increasingly destructive insurgency across the war-tattered nation, affronting Afghan Security Forces and U.S troops with almost daily attacks.

And for Haqmal, who said he remains in his government position but is now in London for medical treatment stemming from his ordeal, it’s these seemingly small instances of bribery and extortion like the false ill classification that demonstrate how and why the Taliban has managed to stay dominant in the US’s longest-running conflict – and it’s the sincere who end up suffering.

“I have been suffering depression and anxiety, and no one can really help me. I don’t want to see this happen to the honest and committed staff who are there. I don’t want anyone to be handed over to the Taliban or for the Taliban to be free to continue to kill,” he added. “Even after all the warnings, my own government could not protect me from abduction.”