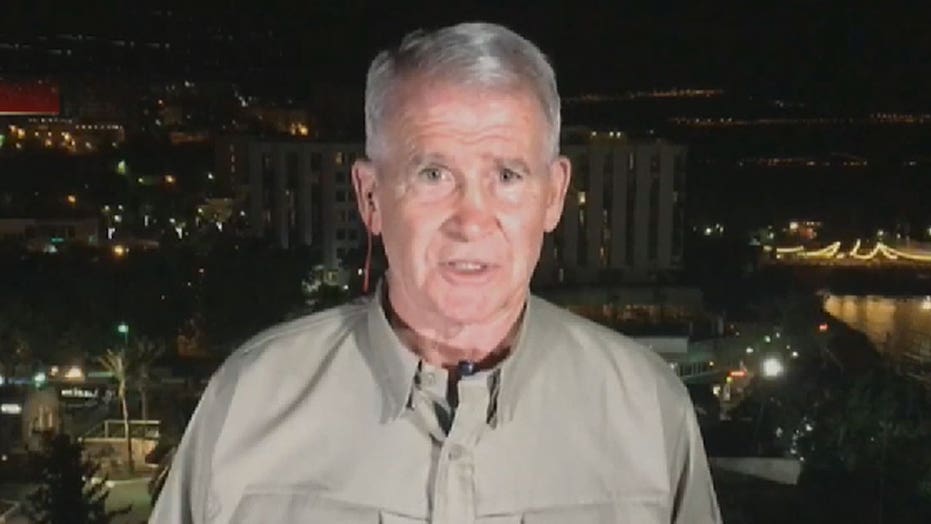 Oliver North: Bloody civil war in Syria is far from over

BEIRUT – Syrian troops captured a rebel-held area on the edge of Aleppo on Saturday, tightening their siege on opposition-held neighborhoods in the northern city after what residents described as the heaviest air bombardment of the 5 1/2-year civil war.

The U.N. meanwhile said that nearly 2 million people in Aleppo, Syria's largest city and onetime commercial center, are without running water following the escalation in fighting over the past few days.

The U.N. Security Council called an emergency meeting for Sunday morning to discuss the escalating attacks.

The Observatory said the death toll in Aleppo is expected to rise since many people are in critical condition and rescue workers are still digging through the rubble.

Residents say the latest bombardment is the worst they've seen since rebels captured parts of the city in 2012. Activists reported dozens of airstrikes on Friday alone.

"Since the beginning of the crisis, Aleppo has not been subjected to such a vicious campaign," said Mohammed Abu Jaafar, a forensics expert based in the city. "Aleppo is being wiped out."

For days, videos and photographs from eastern Aleppo have shown flattened buildings and paramedics pulling bodies from the rubble. Wounded people have flooded into clinics, where many are being treated on the floor because of a lack of stretchers.

"People in Aleppo already suffocating under the effects of the siege, have yet again come under horrific attack," said Carlos Francisco of Doctors Without Borders, which supports a number of area clinics. "No aid, including urgent medical supplies, is allowed to enter."

"We are deeply worried by the high numbers of wounded reported by the hospitals we support, and also know that in many areas the wounded and sick have nowhere to go at all -- they are simply left to die."

U.N. chief Ban Ki-moon condemned the "chilling" escalation in Aleppo, which he said marked the "most sustained and intense bombardment since the start of the Syrian conflict." The statement issued by his spokesman said the reported use of "indiscriminate" weapons in densely populated areas "may amount to war crimes."

U.S. Secretary of State John Kerry, speaking at Tufts University in Boston, said what was happening in Aleppo was "beyond the pale."

"If people are serious about wanting a peaceful outcome to this war, then they should cease and desist bombing innocent women and children, cease cutting off water and laying siege in medieval terms to an entire community," he said.

In the rebel-held neighborhood of Bustan al-Qasr, cluster bombs killed 13 people and wounded 150, according to Ibrahim Alhaj, a member of the Syrian Civil Defense, volunteer first responders also known as the White Helmets.

An unnamed Syrian military official was quoted by state media on Friday as saying that airstrikes and shelling in Aleppo would continue for an extended period and "include a ground offensive" into rebel-held areas.

The fall of Handarat to Syrian troops allied with pro-government Palestinian fighters pushed insurgents further away from the government-controlled Castello Road, a main artery leading to rebel-held parts of the city.

"Breaking the siege through the Castello Road has become very difficult," Yassin Abu Raed, an opposition activist based in Aleppo province, told The Associated Press.

An unnamed Syrian military official quoted by state TV said government forces killed many insurgents in Handarat, and that experts are removing explosives from the area. The camp, which is almost empty and largely destroyed, has seen intense fighting and bombardment in recent years, and changed hands multiple times.

The Turkey-based Syrian National Coalition, one of Syria's main opposition groups, condemned the attacks on Aleppo, calling it "a crazy crime led by the Assad regime and Russian occupation." It said "the criminal campaign aims to settle international accounts at the expense of Syrians' blood."

The escalation comes as diplomats in New York have failed to salvage a U.S. and Russian-brokered cease-fire that lasted nearly a week. Moscow is a key ally of Assad's government, while Washington supports the opposition.

Aleppo has been an epicenter of fighting in recent months. It is the last major urban area held by the opposition, and the rebels' defeat there would mark a major turning point in the conflict, which has killed more than 300,000 people and driven half of Syria's population from their homes.

Living conditions in the already-battered eastern districts have meanwhile grown even worse.

Recent attacks have damaged the Bab al-Nairab station, which supplies water to some 250,000 people in the rebel-held east, according to Hanaa Singer of the U.N. children's agency, UNICEF.

Singer said that in retaliation, the Suleiman al-Halabi pumping station, also located in the rebel-held east, was switched off -- cutting water to 1.5 million people in government-held western parts of the city.

"Depriving children of water puts them at risk of catastrophic outbreaks of water-borne diseases," Singer warned in her statement, released late Friday.