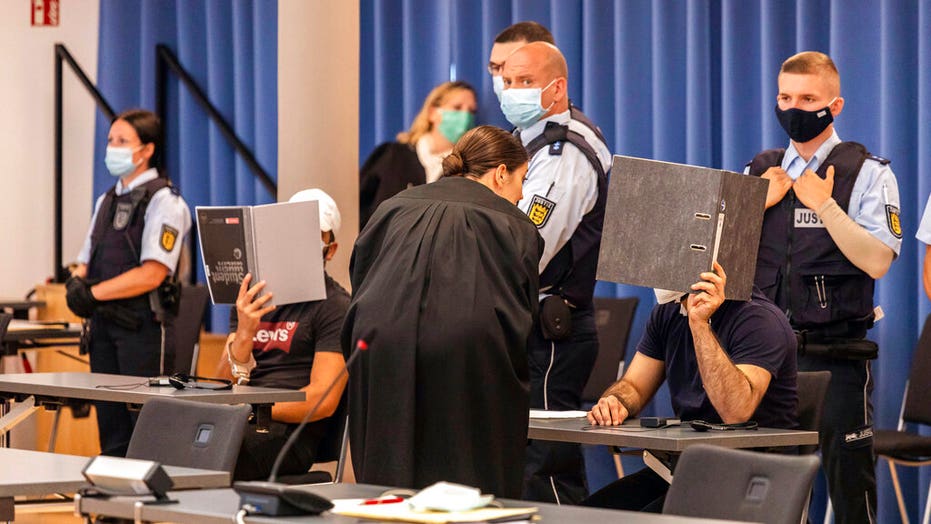 A group of men comprised mostly of Syrian migrants was convicted in a German court Thursday of raping an 18-year-old girl, concluding a year-long trial that heightened tensions over Germany’s migration system.

The woman was offered an Ecstasy tablet in a disco in the southwestern city of Freiburg and her drink was spiked with an unknown substance, leaving her unable to fend off the assailants, prosecutors said.

She reported that several men later raped her outside the disco. The trial opened in late June of last year.

Two defendants are holding folders in front of their faces as a screen, while a defense attorney is talking to the right defendant and judicial officers are standing behind the defendants at a trial in Freiburg, Germany.  (dpa via AP)

The Freiburg state court convicted the 11 defendants -- nearly all of whom are of Syrian descent -- of rape. Their ages at the time of the October 2018 assault ranged between 18 and 30, news agency dpa reported. They were given sentences ranging up to five and a half years in prison.

Others were convicted of failing to provide help. The court rejected assertions by the alleged ringleader and others that the sex was consensual.