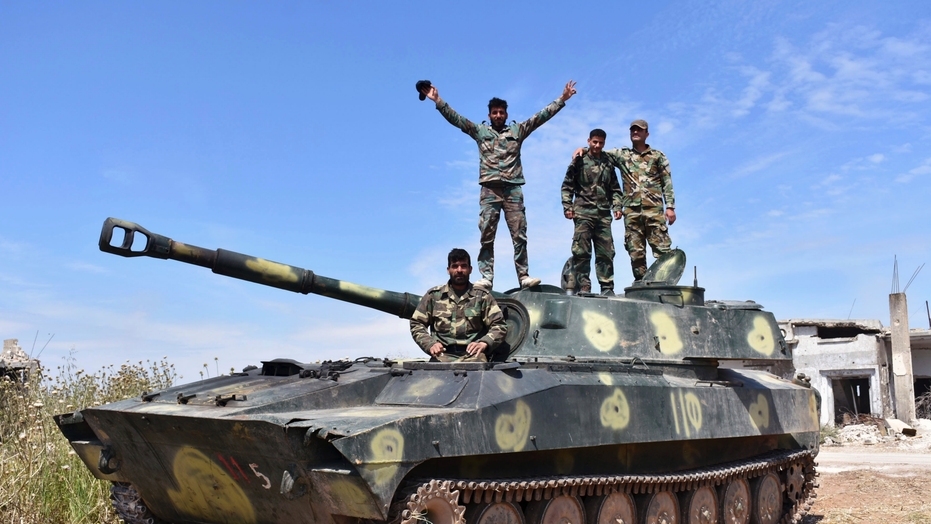 An Al-Ikhbariya journalist in Aleppo said the missiles landed around sunset, when Muslims observing the holy month of Ramadan break their fast.

The camp houses displaced Syrians and Palestinian refugees who have been living in Syria.

The attack on Nayrab comes amid an unprecedented escalation between the government and insurgents who have a last foothold in northwestern Syria, adjacent to Aleppo city. Government troops have been advancing on the insurgent stronghold that is home to 3 million people, gaining ground on its southern edge and displacing tens of thousands.