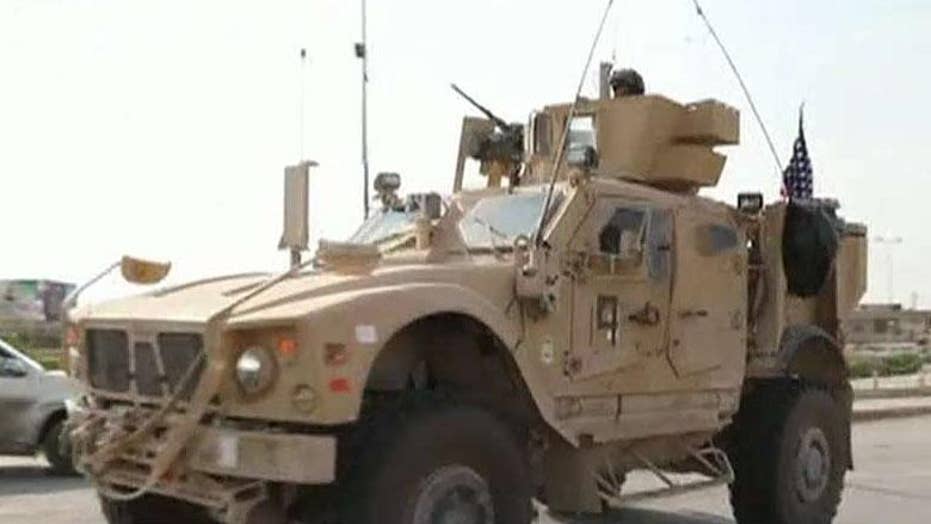 This comes amid reports that Turkish forces are violating the truce with sporadic airstrikes against Kurdish backed forces; Steve Harrigan reports.

The Kurdish military leader who serves as commander of the Syrian Democratic Forces revealed to Fox News’ Jennifer Griffin in a telephone interview Sunday from his base inside Syria that Turkey’s military has “violated” the planned cease-fire and was continuing to commit “ethnic cleansing.”

Speaking through a translator, Gen. Mazloum Abdi said he was “deeply disappointed” in President Trump over the withdrawal of U.S. troops in northern Syria, and claimed there’s still time for the U.S. to help the Kurds fighting for their lives.

He said the “ethnic cleansing” was continuing, confirming fears from Kurdish civilians in the region after similar atrocities began in the northwestern city of Afrin last year.

Mazloum told Griffin so far there have been more than 500 civilian casualties and over 400,000 Kurds displaced.

He added that despite the Turkish onslaught, Kurds were still guarding Islamic State prisoners, and he insisted his forces would rather still work with the U.S. than fight alongside Syria or Russia.

His requests to Trump: Keep U.S. forces in the region, stop Turkey's attacks and fulfill America's pledge to prevent ethnic cleansing in Syria.

Mazloum also said he believed Erdoğan “passed some wrong information” to Trump. The general accused the Turks of spying on Kurdish positions while on joint patrols with U.S. forces in the region, calling it a “cheat and deceit trap for us.”

Video captured by a journalist in Northern Syria on Sunday night showed a man holding a sign reading: “Thanks for US People but Trump Betrayed Us.”

Trump earlier this month ordered the bulk of the approximately 1,000 U.S. troops in Syria to withdraw after officials said Turkish President Recep Tayyip Erdoğan made it clear in a phone call that his forces were about to invade Syria to push back Kurdish forces. Turkey has considered many of the Kurdish fighters to be terrorists.

Between 200 and 300 U.S. troops are to remain at the southern Syrian outpost of Al-Tanf, mostly to counter threats from Iran.

Last week, Trump sent a letter to Erdoğan encouraging him to “work out a good deal,” threatening to “destroy” the Turkish economy if he continued his aggression against the Kurds.