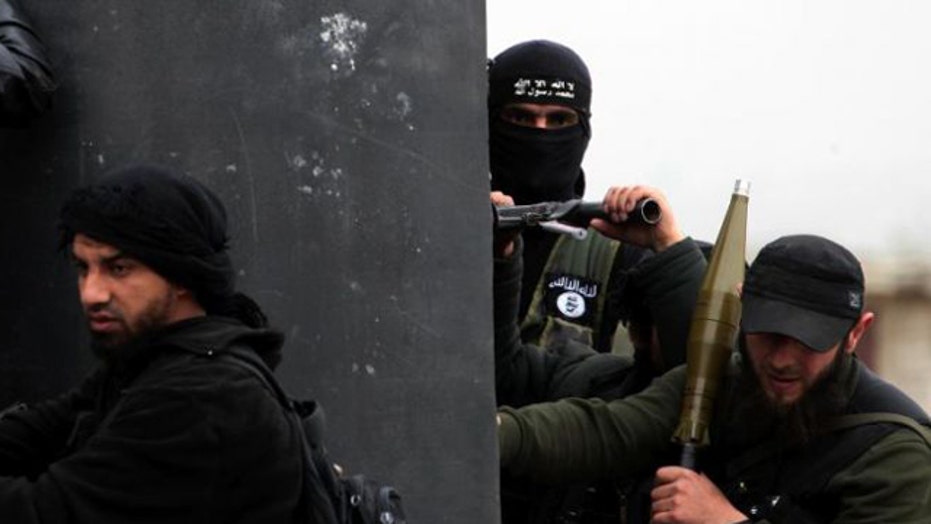 Worst yet to come in Syria?

Beirut (AFP) – Hundreds of jihadist fighters from the Al-Qaeda-affiliated Islamic State of Iraq and the Levant (ISIL) have advanced in northern Syria towards a border post with Turkey, an NGO said Wednesday.

"Hundreds of ISIL fighters advanced overnight towards Bab al-Salameh, which is closed from the Turkish side," said Rami Abdul Rahman, who heads the Syrian Observatory for Human Rights.

The advance comes after fighting between the group and the Northern Storm rebel brigade, which is part of the Western-backed Free Syrian Army (FSA).

ISIL has seized the town of Azaz, which lies several kilometres (miles) from the border, as well as at least two villages nearby.

ISIL fighters entered Azaz on September 18, sparking deadly fighting with FSA forces and prompting Turkey to close its side of the Bab al-Salameh border.

Another brigade brokered a truce between the two sides that saw the Northern Storm withdraw from the town.

Clashes between ISIL and non-jihadist rebel fighters have broken out with increasing regularity, particularly in rebel-held areas of northern Syria.

But they have turned against the jihadists in some areas, accusing them of abuses and imposing an extreme interpretation of Islam.