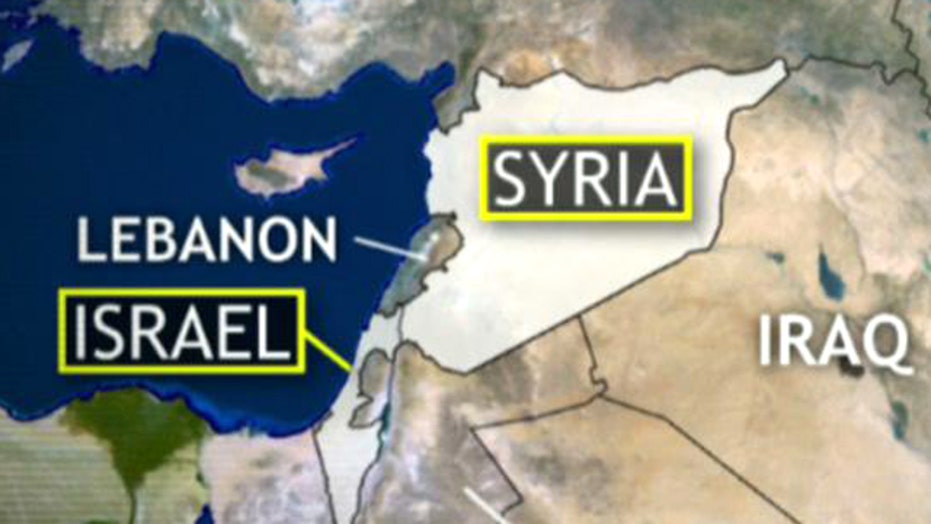 What's next after airstrike?

Syria and its ally Iran are threatening to retaliate against Israel for an airstrike carried out within Syrian borders.

U.S. officials said Israel launched the airstrike inside Syria on Wednesday, targeting a convoy believed to be carrying anti-aircraft weapons bound for Hezbollah, the powerful Lebanese militant group allied with Syria and Iran.

In response to the strike, Syrian Ambassador to Lebanon Ali Abdul-Karim Ali said Thursday that Damascus "has the option and the capacity to surprise in retaliation."

Abdul-Karim Ali said he could not predict when Damascus would retaliate, but told Hezbollah's al-Ahd news website that it was up to the relevant authorities to prepare the retaliation and choose the time and place.

In Iran, the country’s deputy foreign minister said on Press TV that the “strike on Syria will have serious consequences for Tel Aviv,” but did not elaborate, according to the Jerusalem Post.

Prior to the attack, last week, an aide to Iranian Supreme Leader Ayatollah Ali Khamenei told the Mehr news agency that any attack on Syria was an attack on itself, fearing that Iran and Iraq would be targeted next if Assad’s regime falls, Haaretz reports.

An Israeli lawmaker close to Prime Minister Benjamin Netanyahu stopped short of confirming involvement in the strike Thursday, but he hinted that Israel could carry out similar missions in the future.

Regional security officials said the weapons shipment that Israel targeted included sophisticated Russian-made SA-17 anti-aircraft missiles, which if acquired by Hezbollah would enable the militants to shoot down Israeli jets, helicopters and surveillance drones. The officials spoke on condition of anonymity because they were not authorized to brief the media.

However, the Syrian military denied the existence of any weapons shipment and said a scientific research facility outside Damascus was hit by the Israeli warplanes. It said the target was in the area of Jamraya, northwest of Damascus and about 10 miles from the Lebanese border.

A U.S. official told the New York Times that Israel informed the U.S. of its plans to strike a military target inside Syria before attacking the research center near Damascus.

Maj. Gen. Abdul-Aziz Jassem al-Shallal, who became in December one of the most senior Syrian army officers to defect, told The Associated Press by telephone from Turkey that the targeted site is a "major and well-known" center to develop weapons known as the Scientific Research Center.

Al-Shallal, who until his defection was the commander of the Military Police, said no chemical or nonconventional weapons are at the site, which is frequented by Russian and Iranian experts.

But diplomatic sources from three countries told Reuters that they suspect chemical weapons are at the Jamraya, and it was possible that the convoy of trucks was nearby at the time of the attack.

The Syrian Foreign Ministry summoned Major-General Iqbal Singh Singha, the head of mission and force commander for United Nations Disengagement Observer Force on the Golan Heights, to complain about the Israeli strike.

The force was established in 1974 following the disengagement of Israeli and Syrian forces in the area and has remained there since to maintain the cease-fire. Israel captured the Golan, a strategic plateau, from Syria in the 1967 Middle East war.

The Israeli airstrike also drew criticism from Hezbollah, which called it a "barbaric aggression" and Syrian ally Russia said it appeared to be an unprovoked attack on a sovereign nation.

Russia, Syria's strongest international ally, said Moscow is taking "urgent measures to clarify the situation in all its details."

"If this information is confirmed, we have a case of unprovoked attacks on targets in the territory of a sovereign state, which grossly violates the U.N. Charter and is unacceptable," Russia's Foreign Ministry said in a statement. "Whatever the motives, this is not justified."

In addition, the head of the Arab League called the strike a "flagrant aggression and a glaring violation" of Syria’s sovereignty, Haaretz reports.

Israeli lawmaker Tzachi Hanegbi, who is close to Netanyahu, said pinpoint strikes are not enough to counter the threat of Hezbollah obtaining sophisticated weaponry from Syria.

"Israel's preference would be if a Western entity would control these weapons systems," Hanegbi said. "But because it appears the world is not prepared to do what was done in Libya or other places, then Israel finds itself like it has many times in the past facing a dilemma that only it knows how to respond to," he added.

He was referring to NATO's 2011 military intervention in Libya that helped oust dictator Muammar Qaddafi.

Syria's civil war has sapped Assad's power and threatens to deprive Hezbollah of a key supporter, in addition to its land corridor to Iran. The two countries provide Hezbollah with the bulk of its funding and arms.

Earlier this week, Netanyahu warned of the dangers of Syria's "deadly weapons," saying the country is "increasingly coming apart."

The same day, Israel moved a battery of its new "Iron Dome" rocket defense system to the northern city of Haifa, which was battered by Hezbollah rocket fire in the 2006 war. The Israeli army called that move "routine."

The Israeli army won't say whether Iron Dome was sent north in connection to this operation. It does note that it has deployed the system in the north before.

Syria and its allies, including Hezbollah, deny there is an uprising against the government and say what is happening is part of a conspiracy against Damascus because of its support for anti-Israeli groups.