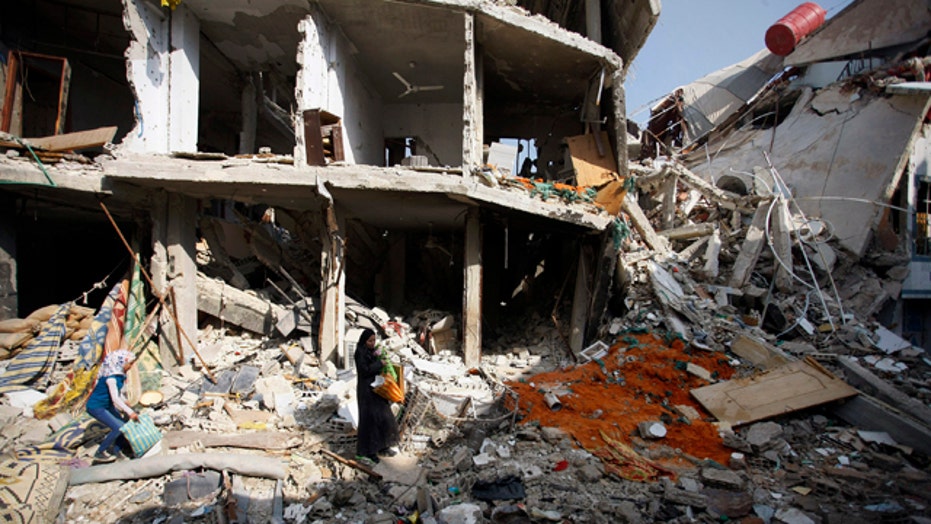 Even though a deal was brokered in September to dismantle Syria’s chemical weapons program, the civil war there has not let up. This week, the Syrian Observatory for Human Rights reported that over 120,000 Syrians have been killed so far in the conflict.

“The situation has gone from bad to worse,” said Nader Hashemi, director of the Center of Middle East Studies at the University of Denver. “The country is spinning out of control, [the] popular uprising that began nonviolently … and Assad now after this chemical weapons deal that he struck with the United States and Russia has now strengthened [him].”

In an interview with Fox News’ KT McFarland, Hashemi expressed concerns that moderate forces within the Syrian opposition are being overtaken by extremist Al Qaeda-linked groups.

As a result of the chemical arms deal, “they [politically moderate rebels] have been demoralized, they have been weakened and as a consequence Al Qaeda and the extremist elements and the Assad regime have been strengthened,” said Hashemi.

Critics have warned that Syria is at risk of becoming a lawless state and haven for extremist groups.

Hashemi, author of “The Syria Dilemma,” says this theory isn’t far from reality.

“Tragically that seems like what is happening, and these are the consequences of turning away and abandoning the Syrian people,” said Hashemi.

Hashemi warns there are risks for the White House in working with Syrian President Bashar al-Assad.

“It’s a short term strategy that’s not going to work … to think that somehow that regime that is responsible for over a 100,000 deaths is going to be able to rule that country, preside over political stability, is wishful thinking,” said Hashemi.