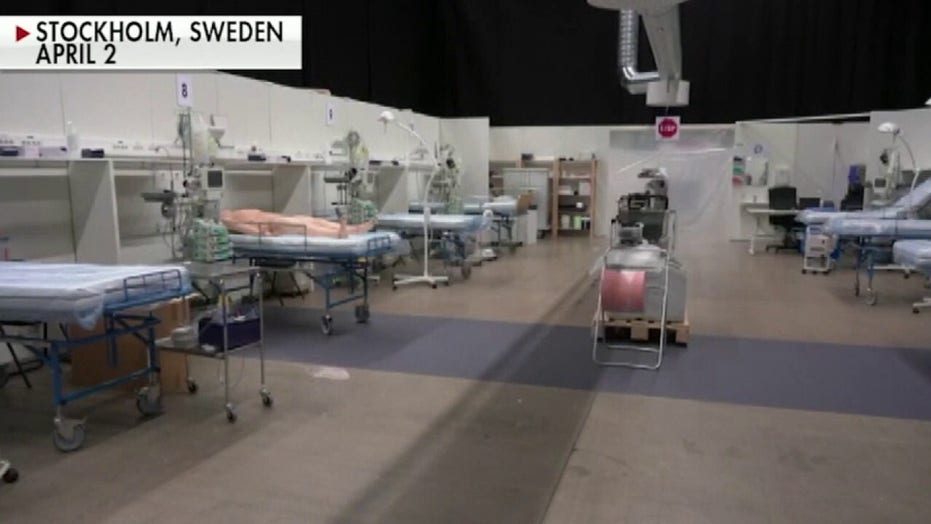 What US can learn from Sweden's handling of COVID pandemic

Sweden’s Covid-19 experiment is over.

After a late autumn surge in infections led to rising hospitalizations and deaths, the government has abandoned its attempt—unique among Western nations—to combat the pandemic through voluntary measures.

Like other Europeans, Swedes are now heading into the winter facing restrictions ranging from a ban on large gatherings to curbs on alcohol sales and school closures—all aimed at preventing the country’s health system from being swamped by patients and capping what is already among the highest per capita death tolls in the world.

A man wearing a face shield is handed a COVID-19 self-test at a sampling site in a car park at Svågertorp station in Malmö, Sweden, Friday, Nov. 27, 2020. People with symptoms can perform the test on themselves in their vehicle. (Johan Nilsson/TT via AP)

The clampdown, which started last month, put an end to a hands-off approach that had made the Scandinavian nation a prime example in the often heated global debate between opponents and champions of pandemic lockdowns.

Admirers of the Swedish way as far as the U.S. hailed its benefit to the economy and its respect for fundamental freedoms. Critics called it a gamble with human lives, especially those of the most vulnerable. With its shift in strategy, the government is now siding with those advocating at least some mandatory restrictions.

When the pathogen swept across Europe in March, Sweden broke with much of the continent and opted not to impose mask-wearing and left known avenues of viral transmission such as bars and nightclubs open, leaving it to citizens to take their own precautions.