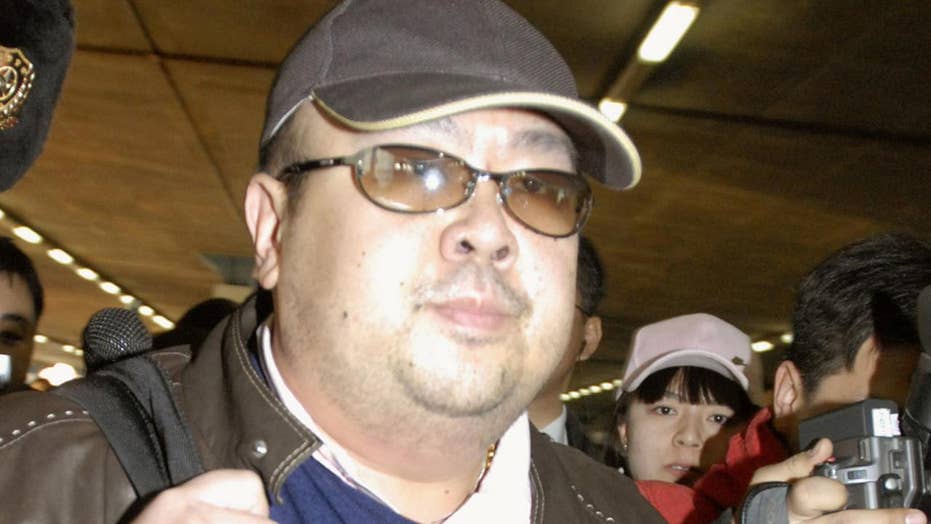 KUALA LUMPUR, Malaysia – The Indonesian woman who is one of the suspects in the killing of North Korean ruler Kim Jong Un's half brother said she was paid $90 for what she believed was a prank, an Indonesian official said Saturday.

Siti Aisyah also told authorities she did not want her parents to see her in custody, Andriano Erwin, Indonesia's deputy ambassador to Malaysia, said one day after Malaysia revealed that VX nerve agent was used in the bizarre killing at Kuala Lumpur's airport.

"She doesn't want her family get sad to see her condition," Erwin said after a 30-minute meeting with Aisyah. "She only delivered a message through us to her father and mother not to be worried and take care of their health."

The public poisoning of Kim Jong Nam, which took place Feb. 13 amid crowds of travelers at the airport, appeared to be a well-planned hit. Kim was dead within hours of the attack, in which two women went up behind him and appeared to smear something onto his face.

Aisyah, 25, has said previously that she was duped into the attack, but Malaysian police say she and the other female suspect, a Vietnamese woman who also is in custody, knew what they were doing.

The revelation that VX nerve agent killed Kim has boosted speculation that North Korea had dispatched a hit squad to Malaysia to kill Kim, whose younger half brother is Kim Jong Un.

The thick, oily poison was almost certainly produced in a sophisticated state weapons laboratory, experts say, and is banned under international treaties. North Korea, a prime suspect in the case, never signed that treaty, and has spent decades developing a complex chemical weapons program.

Though Kim Jong Nam was not an obvious political threat to his sibling, he may have been seen as a potential rival in the country's dynastic dictatorship.

Malaysia hasn't directly accused the North Korean government of being behind the attack, but officials have said four North Korean men provided the two women with poison. The four fled Malaysia shortly after the killing.

On Saturday, police confirmed that a raid earlier in the week on the outskirts of Kuala Lumpur was part of the investigation. Senior police official Abdul Samah Mat, who is handling the investigation, did not specify what authorities found there, but said the items were being tested for traces of any chemicals.

Kim Jong Nam, who had been living abroad for years, was approached by the two women on Feb. 13 as he waited for a flight home to Macau. In grainy surveillance footage, the women appear to rub something onto his face before walking away in separate directions.

Malaysian police said they had been trained to go immediately to the washroom and clean their hands.

Both women seen in the video are in custody.

VX is an extremely powerful poison, with an amount no larger than a few grains of salt enough to kill. An odorless chemical, it can be inhaled, swallowed or absorbed through the skin. Then, in anywhere from a few seconds to a few hours, it can cause a range of symptoms, from blurred vision to a headache. Enough exposure leads to convulsions, paralysis, respiratory failure and death.

It has the consistency of motor oil and can take days or even weeks to evaporate. It could have contaminated anywhere Kim was afterward, including medical facilities and the ambulance he was transported in, experts say.

Airport officials and police have insisted the facility is safe. Abdul Samah, the police official, said police are tracing the suspects' steps to ensure public safety.

Asked if the airport cleanup had started, he said: "It is already in process."