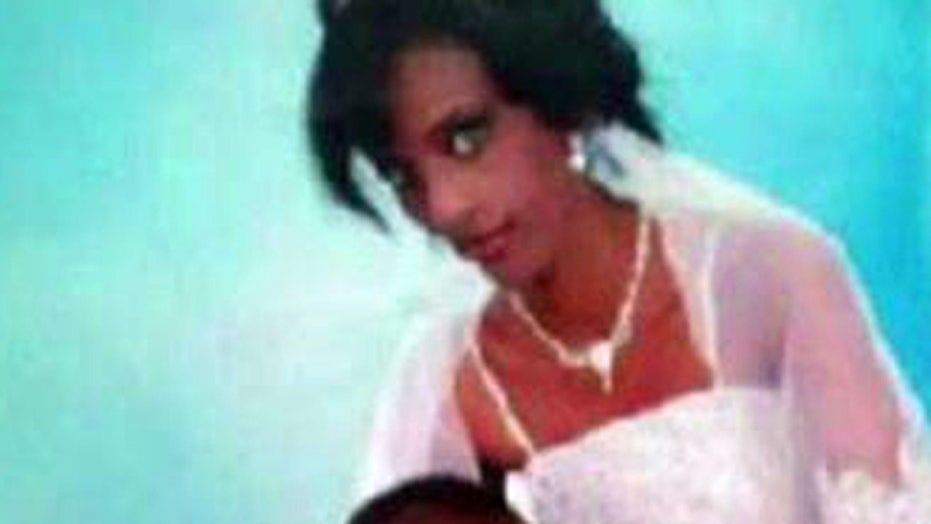 A Sudanese woman sentenced to death for refusing to renounce her Christian faith has given birth in prison, and could now be lashed 100 times — even as she's permitted to nurse her newborn for two years before the execution is carried out.

Meriam Yahya Ibrahim, 27, gave birth to a girl early Tuesday in the hospital wing of a prison in Omdurman, one of her attorneys, Mohamed Abdelnabi, told FoxNews.com by phone from Khartoum.

"She's fine, and Meriam as well," Abdelnabi said of the baby girl, who will be named Maya.

Ibrahim's husband, Daniel Wani, tried to visit his wife and newborn after the birth but was not allowed, Abdelnabi said.

Ibrahim, whose father was Muslim but whose mother was an Orthodox Christian from Ethiopia, was convicted of apostasy earlier this month and sentenced to death after a four-day “grace period” to repent had passed.

Ibrahim’s 20-month-old son, Martin, has been detained with her since late February. She will also nurse her newborn while in prison.

The court in Khartoum ruled earlier that Ibrahim must give birth and nurse her baby for two years before being executed, but must receive 100 lashes for adultery immediately after having her baby — for having relations with her Christian husband. Ibrahim could have spared herself death by hanging simply by renouncing her faith.

“I was never a Muslim,” she told a judge. “I was raised a Christian from the start.”

Amnesty International, the U.S. State Department and U.S. lawmakers all quickly condemned the sentence, calling it an “affront to religious freedom” around the globe.

“The refusal of the government of Sudan to allow religious freedom was one of the reasons for Sudan’s long civil war,” U.S. Rep. Chris Smith, chairman of the House congressional panel that oversees U.S. policy in Africa, said in a statement. “The U.S. and the rest of the international community must demand Sudan reverse this sentence immediately.”

Ibrahim and Wani married in a formal ceremony in 2011. The couple operate several businesses, including a farm, south of Khartoum, the country’s capital. Wani fled to the United States as a child to escape the civil war in southern Sudan, but later returned. He is not permitted to have custody of the little boy, because the boy is considered Muslim and cannot be raised by a Christian man.

Sudan’s penal code criminalizes the conversion of Muslims into other religions, which is punishable by death. Muslim women in Sudan are further prohibited from marrying non-Muslims, although Muslim men are permitted to marry outside their faith. Children, by law, must follow their father’s religion.

Sudan introduced Islamic Shariah laws in the early 1980s under the rule of autocrat Jaafar Nimeiri, a move that contributed to the resumption of an insurgency in the mostly animist and Christian south of Sudan. An earlier round of civil war lasted 17 years and ended in 1972. The south seceded in 2011 to become the world's newest nation, South Sudan.

Sudanese President Omar Bashir, an Islamist who seized power in a 1989 military coup, says his country will implement Islam more strictly now that the non-Muslim south is gone.

A number of Sudanese have been convicted of apostasy in recent years, but they all escaped execution by recanting their new faith. Religious thinker and politician Mahmoud Mohammed Taha, a critic of Nimeiri and his interpretation of Shariah, was sentenced to death after his conviction of apostasy. He was executed in 1985 at the age of 76.

Ibrahim’s case first came to the attention of authorities in August, when members of her father’s family complained that she was born a Muslim but married a Christian man. They claimed her birth name was “Afdal” before she changed it to Meriam. The document produced by relatives to indicate she was given a Muslim name at birth was a fake, Mohammed said.

Ibrahim refused to answer the judge when he referred to her as “Afdal” during Thursday’s hearing.

Ibrahim was initially charged with having illegitimate sex last year, but she remained free pending trial. She was later charged with apostasy and jailed in February after she declared in court that Christianity was the only religion she knew.

The U.S.-based Center for Inquiry has demanded that all charges against Ibrahim be dropped, saying the death sentence is a clear violation of the International Covenant on Civil and Political Rights, which forbids persecution or coercion of religious beliefs and the right to marry.

“Religious belief must never be coerced, and free expression must never be punished, through threat of imprisonment, violence or any other means,” the group wrote in a letter to Sudan’s UN ambassador, H.E. Hassan Hamid Hassan. “This cannot go unanswered, and the world will not stand for it.”