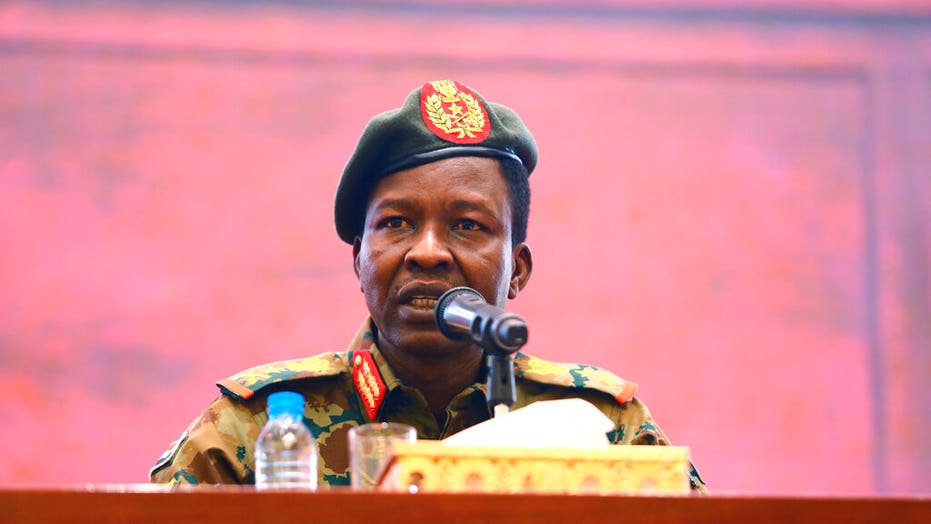 Sudan’s longtime genocidal dictator may be gone, but violence and repression continue to wreak havoc across the country as the ruling military council admitted "violations" after more than 100 protesters were killed following a sit-in camp outside the military headquarters in the capital, Khartoum.

The military council admitted Thursday it decided to disperse the pro-democracy protesters that staged the sit-in on June 3. A spokesperson for the military regrettably admitted that mistakes were made in the process of breaking up the sit-in.

"We feel sorry for what happened," said military council spokesman, Gen. Shams Eddin Kabashi. "We will show no leniency and we will hold accountable anyone, regardless of their rank, if proven to have committed violations."

Violence is increasing across Sudan as the military regime looks to consolidate its control over the country.

The United Nations also confirmed on June 13 the deaths of 17 people and the burning of 100 homes in central Darfur earlier in the week. The United Nations – African Union Mission in Darfur (UNAMID) also confirmed in a statement that 15 people were injured “during heated clashes between nomads and residents apparently angered by the increase in commodity prices at the local market.”

The recent uptick in violence comes amidst the ousting of Sudan’s ironclad ruler, Omar al-Bashir, who was overthrown in April in a military coup following a popular uprising that began in December 2018.  Bashir came to power in a military coup in 1989 and ruled Sudan for 30 years until his ousting.

Sudan’s dismal economic conditions, exasperated by government cuts to food and fuel subsidies, became a triggering event that ignited protests that spread to Khartoum. Despite the military’s intervention to remove Bashir from power, the repressive power structure that was the bedrock of the Bashir regime for decades remains firmly in place.

Sudan’s Transitional Military Council (TMC) filled the leadership void left by Bashir’s removal and initially promised democratic elections and a handover of power back to civilian authorities. As time has passed, the military junta is clamping down on the opposition that demands the military end its rule

Many of the social, political, and economic factors that led to Bashir’s demise have not disappeared and widespread government corruption, decades of poor governance, and overspending on the security sector also remain. Structural economic reforms are an urgent priority but it appears that the TMC is more concerned with suppressing dissent and ensuring its hold on power.

The military council seems to have outsourced violent crackdowns and indiscriminate violence to a paramilitary organization called the Rapid Support Forces (RSF).

In this Monday, June 3, 2019 file photo, a protester flashes the victory sign in front of burning tires and debris on road 60, near Khartoum's army headquarters, in Khartoum, Sudan, Monday, June 3. (AP)

The RSF, which is composed of Janjaweed militants who were responsible for crimes against humanity in Darfur in 2003, is behind the serious war crimes and human rights abuses taking place across Sudan in an effort to suppress further protests. According to a report by Amnesty International, on the June 3 attack in Khartoum, the RSF “attacked sleeping protestors, firing live bullets and tear gas, setting tents on fire and brutally beating protestors.”

The deputy leader of Sudan’s military council, Mohamed Hamdan “Hemeti” Dagalo, is also head of the RSF and was a crucial component behind Bashir’s iron-fisted rule.

This state-sponsored violence leaves the opposition with little confidence in the military council’s commitment to civilian rule. “While the military council has agreed to release political prisoners in return for the civilian coalition calling off its general strike, the military holds most of the cards,” visiting Africa expert Aly Verjee of the United States Institute of Peace told Fox News.

“If elections were held in an environment where the basic abilities to communicate, campaign and organize were severely restricted means that no vote could be credible,” Verjee added.

The Sudanese Professionals Association (SPA), an opposition group of doctors, lawyers, and civil society leaders that were the primary driver behind the protests against Bashir, have urged Sudanese to continue peaceful protests, but have been unable to make any progress on the political front.

The Declaration of Freedom and Change Forces (DFCF) an opposition alliance made up of some 22 entities includes the SPA, the most well-known of the groups. Sudan’s opposition alliance objectives are to achieve a democratic, peaceful, and egalitarian Sudan.

“With so many different constituencies, the coalition is diverse, geographically, demographically generationally, and socioeconomically.  It doesn't represent a single point of view, but there has been remarkable cohesion in standing up to attempts to divide the coalition by the Sudanese regime under Bashir, and now by the military council,” Verjee said.

Although the opposition was influential in helping bring down Bashir, it is unlikely that elections will be held anytime soon. Considerable work is required to prepare the ground for elections and properly organize the opposition and field credible candidates.

Worshipers gather at a mosque behind a roadblock set by protesters on a main street in the Sudanese capital Khartoum to stop military vehicles from driving through the area on Wednesday, June 5, 2019.  (AP)

With violence spiraling out of control in the Darfur region, the U.N. Security Council and the African Union may soon vote to close the UNAMID peacekeeping mission, just as their presence is needed most. Any withdrawal of peacekeeping forces could very well give the RSF total control over civilian areas. The U.N. has already evacuated 10 peacekeeping team sites and the RSF is stepping in to occupy those sites.

It is unlikely that Sudan’s ruling military council will relinquish control over the government anytime soon. Such a move could jeopardize their privileged financial position in a country beleaguered by economic deprivation.

The TMC has the benefit of external financial support to fuel its predatory and repressive behavior.

“Saudi Arabia and the UAE are financially propping up the transitional military council and Egypt's military regime is also backing its counterparts in Sudan,” explained USIP’s Verjee.

On June 12, the United States appointed Ambassador Donald Booth as Special Envoy for Sudan. Booth, along with U.S. Assistant Secretary for Africa Tibor Nagy will lead efforts to find a political solution to the conflict.

The appointment is a positive development for an administration that has shown very little interest in Africa outside of counterterrorism efforts. However, the Special Envoy will have very little influence over events on the ground.

“The appointment of a more senior U.S. envoy to Sudan is welcome, but without sufficient US pressure and engagement on the patrons of Sudan's military council - principally Saudi Arabia and the United Arab Emirates - a US envoy will make limited progress in Khartoum,” Verjee said

The dysfunction, repression and misrule in Sudan could also provide an outlet for Jihadist terrorists to exploit, particularly a resurgent ISIS.

“ISIS leader Baghdadi cited Sudan as a place for possible activists in a speech in April.  Like in Iraq, groups like ISIS could be looking at disaffected security service officers as potential recruits,” Nonresident Senior Fellow at the Atlantic Council’s Cameron Hudson told Fox News.