A French judicial official who requested anonymity told The Associated Press that the man appeared before a judge and was charged with criminal association with terrorists, as well as possessing and supplying arms in connection with a terrorist enterprise.

The France Info news service reported that the man was a relative of attacker Cherif Chekatt, but did not identify him or say how he was related to the gunman. Chekatt, 29, died in a shootout with police in Strasbourg last Thursday, two days after the attack. 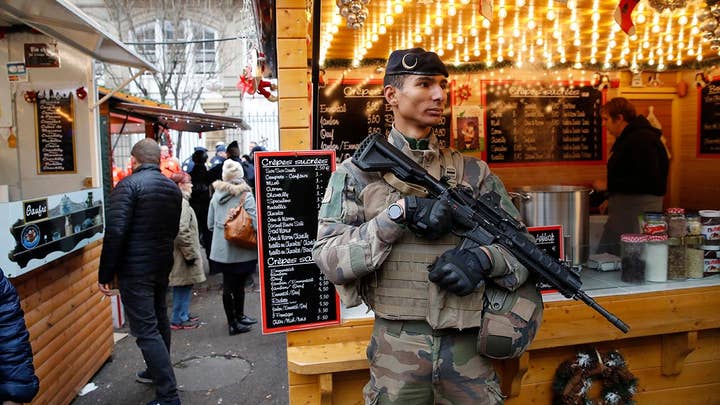 Two other people were arrested and detained Monday as part of the terror investigation the Paris prosecutor's office has been conducting into the attack. They also were suspected of helping to supply Chekatt with the weapon. Police previously questioned and released Chekatt's parents; two of his brothers were questioned by police last week and released.

Chekatt's father, Abdelkrim, told France 2 television after his release that his son defended the Islamic State terror group, whom Cherif Chekatt said was "fighting for a just cause."

"If he had talked about this project, I would have reported to the police, so he would not have killed anyone," the elder Chekatt said.

Police have previously described the weapon Chekatt used in the shooting as an 8mm ordnance revolver.

The number of people killed in the Dec. 11 attack increased to five Sunday night after a Polish man died of his wounds in a Strasbourg hospital. Barto Orent-Niedzielski, 36, lived in the city, where he'd worked at the European Parliament and as a journalist. The other dead included a tourist from Thailand and an Italian journalist covering the European Parliament. Eleven other people were injured.

According to some reports, Orent-Niedzielski fought the shooter and stopped him from entering a crowded club, possibly preventing more deaths.

Polish President Andrzej Duda wrote early Monday on Twitter that "I knew him by sight. I am shocked. I had not realized that he was the one mortally wounded protecting other people. Honor to his memory. RIP."