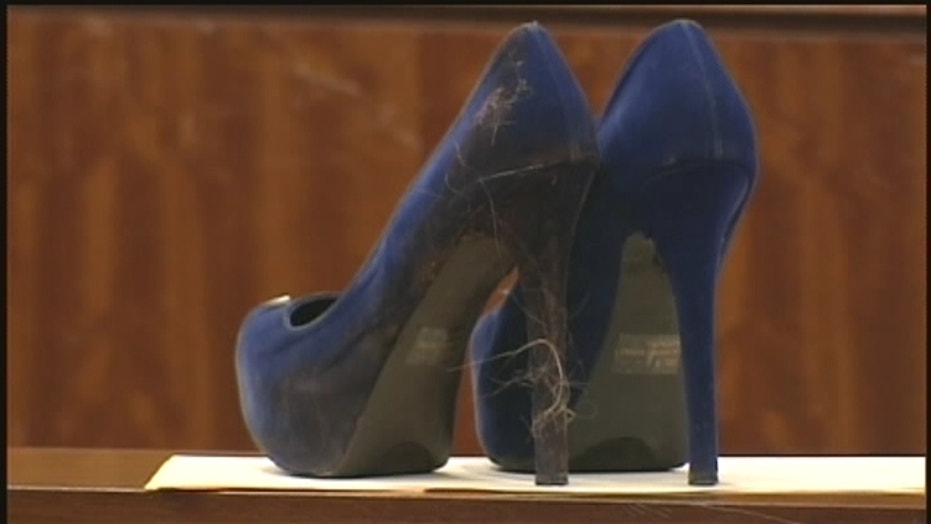 Houston (AP) – A Houston woman was convicted of murder Tuesday for fatally stabbing her boyfriend with the 5½-inch stiletto heel of her shoe, hitting him at least 25 times in the face.

Trujillo's attorney had argued the 45-year-old woman was defending herself during an attack by Andersson, a University of Houston professor and researcher.

Trujillo, who faces up to life in prison, showed little emotional reaction when the jury verdict was read. The jury will begin hearing evidence in the trial's punishment phase Wednesday.

During the trial, prosecutors portrayed Trujillo, a native of Mexico, as out of control on the night of the slaying. A cab driver who took the couple home before Andersson's death told jurors that Trujillo was angry and yelling on the ride to his condo.

Prosecutors told jurors that once the couple got home, they began arguing and during the confrontation, Andersson was injured and fell on his back. Trujillo sat on Andersson, preventing him from getting up and repeatedly struck him in the face and head with her shoe, they said.

During witness testimony, prosecutors highlighted that Trujillo did not have any injuries from her confrontation with Andersson while the researcher had defensive wounds on his hands and wrists. Trujillo's attorneys argued she did have injuries.

Witnesses portrayed Andersson, a native of Sweden who became a U.S. citizen, as mild-mannered and quiet.

In a video of Trujillo's police interrogation that was played at trial, she told detectives Andersson had become enraged after thinking she was going to leave him, attacked her and that she used the only weapon she had at her disposal — her shoe — to defend herself.

The blue suede stiletto heel — a size 9 platform pump with a 5 1/2-inch heel — was brought out during testimony about the bloody crime scene.

In video and photos taken by police at the crime scene, the stiletto heel can be seen lying on the carpeted floor of Andersson's condominium, above his head. A large pool of blood was also near his head, which was bloodied, purple and had several visible wounds.