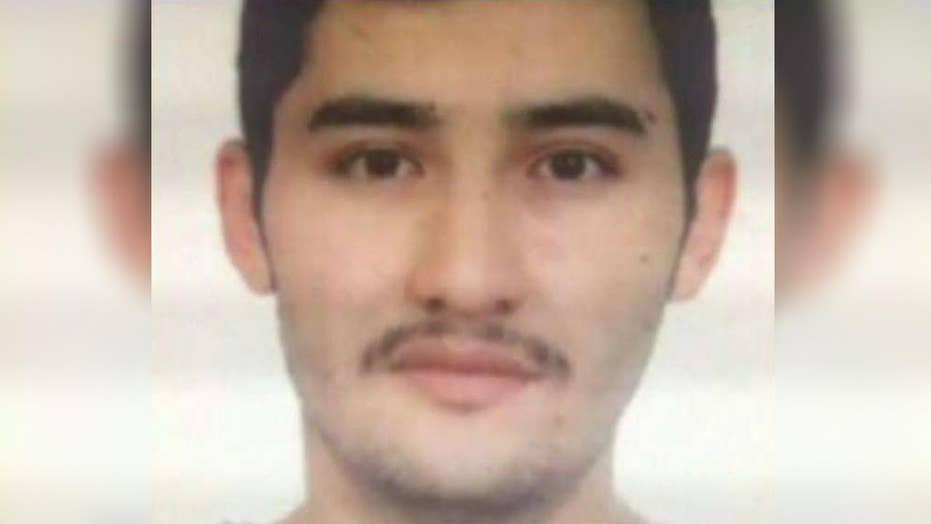 The man believed to have launched the suicide bombing on a subway train in St. Petersburg, Russia, killing 13 other people, visited his home country of Kyrgyzstan a month ago and may have met with accomplices in Moscow on his way back, Russian media reported Tuesday.

Akbardzhon Dzhalilov, 22, was named as the killer by Russia's Investigative Committee. Detectives said they also found his DNA on a bag holding a second bomb in a nearby subway station -- which crews defused before it could explode.

Before naming him, Russian investigators linked the suspected attacker to radical Islamic terror groups. They said he himself carried the deadly bomb on the train in a backpack.

Dzhalilov had lived in St. Petersburg for several years, working as a car repairman with his father and later at a sushi bar. His parents eventually moved back to Kyrgyzstan. Pages on his social media networks reflected his interest in radical Islam and boxing.

Before Dzhalilov traveled to St. Petersburg where he eventually got Russian citizenship, his ethnic Uzbek family lived in Osh, the city in southern Kyrgyzstan that saw more than 400 people killed and thousands injured in clashes between ethnic Kyrgyz and minority Uzbeks in 2010.

One former colleague at the sushi chain described Dzhalilov, who turned 22 on Saturday, as "a non-conflict person." Neighbors in Osh also described him as a nice and friendly man.

Security cameras caught the Dzhalilov as he entered the subway, appearing calm. He wore glasses, a red parka with a fur collar and a blue wool hat -- along with the backpack.

At least 14 people were killed in the attack including the bomber, according to Russian officials. Some 49 people were hospitalized. The nation's top investigative agency said 10 of the dead have been identified and that genetic tests would be required to identify the rest.

Both bombs were filled with shrapnel, Sky News reported. The unexploded device was rigged with up to 2.2 pounds of explosives, Russian media reported.

In Kyrgyzstan, the State Committee for National Security confirmed the Dzhalilov's identity and said it would help the Russian investigation.

The entire St. Petersburg subway system was shut down and evacuated, but partial service resumed after about six hours. The city's population has neared 5 million, and it's one of Russia's top tourism destinations.

The driver appeared in front of reporters on Tuesday looking tired but not visibly shaken by the events of the previous day. Alexander Kavernin, 50, who has worked on the subway for 14 years, said he heard the sound of a blast while his train was running, called security and carried on to the next station as the emergency instructions dictate. "I had no time to think about fear at that moment," he said.

Russian authorities have rejected calls to impose visas on Central Asian nationals, hinting that having millions of jobless men across the border from Russia would be a bigger security threat.

Russian President Vladimir Putin said investigators were looking into all possible causes. President Trump called it "absolutely a terrible thing," adding, "it's happening all over the world." Putin was visiting the city at the time, the second-biggest in Russia and his hometown.

Late Monday, the White House said Trump called Putin to express his condolences for the bombing and to offer the full support of the United States "in responding to the attack and bringing those responsible to justice."

St. Petersburg's City Hall reported there were several foreign nationals among those killed and injured, but would not offer detail. The foreign ministry of the Central Asian nation of Kazakhstan said one of its citizens was killed.

In the past two decades, Russian trains and planes have been frequent targets of attack, usually blamed on Islamic militants. The last confirmed attack was in October 2015 when Islamic State militants downed a Russian airliner heading from an Egyptian resort to St. Petersburg, killing all 224 people on board.

Separately, in the southern Russian city of Astrakhan, two policemen were killed in the early hours on Tuesday in a suspected Islamic militant attack. Alexander Zhilkin, governor of the region, said the attackers are on the run.

Residents have been bringing flowers to the stations near where the blast occurred. Every corner and window-sill at the ornate, Soviet-built Sennaya Square station on Tuesday was covered with red and white carnations.