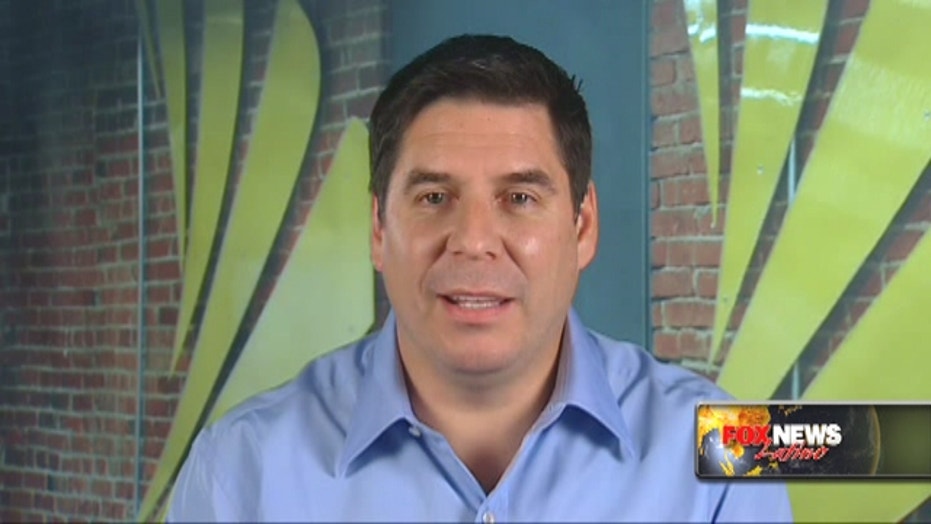 New Latino CEO looks to Sprint to the top

In just the first few weeks after being named the new Sprint CEO, 43-year-old Marcelo Claure has cut prices, unveiled new data plans, and is doing so, with a keen eye on Latino mobile users.

In just the first couple of weeks of being Sprint CEO, 43-year-old Marcelo Claure has cut prices, unveiled new data plans — and he is doing so with a keen eye on Latino mobile users.

Claure, the son of a Bolivian diplomat who moved to the U.S. in the 1990s, is now boldly attempting to steer the third largest U.S. wireless company, behind Verizon and AT&T, out of troubled waters.

He says he is honored to be one of the few Latino CEO's of a major public company in the U.S.

"It is definitely an honor. Now, being a Hispanic CEO I think it should be appealing to the millions of Hispanics attending college and have high aspirations into continuing to grow the Latino presence in the Fortune 500 environment," he said in an interview with Fox News Latino.

Claure got into the cellphone business selling phones in the back of his car and opening up his first mobile shop in Boston in 1995. He eventually founded Brightstar, a major global distributer for cellphones, particularly in Latin America, and led the company over two decades.

"I took a lot of pride when I made Brightstar the largest Hispanic-owned business in the United States, that was a very important moment in my career," said Claure.

Sprint has been losing customers every quarter for more than two years -- 245,000 subscribers left in the first quarter of 2014, mainly due to disrupted cellphone service as the company continues to build its new LTE network, according to analysts.

Sprint shares are down 50 percent so far this year, highlighted by a failed merger with T-Mobile Inc., the fourth largest wireless company.

Enter Claure. Last week, Sprint announced a new family plan which includes up to 10 lines, 20 GB of shared data, unlimited talk and text for $100 a month. That's about double the data the other competitors offer and about $60 less per month, according to Sprint's promotional material. And last week the company unveiled a $60 unlimited talk, text and data plan for individual subscribers -- $20 less than T-Mobile, while Verizon and AT&T don't offer unlimited plans.

Claure told FNL the last few days have been "hectic" as the company tries to "get back to the basics."

"In the short term, we have to make sure we are bringing value back to the American consumer," Claure said. "Our long-term place, while other carriers are basically limiting the amount of data you have and are cutting or eliminating unlimited plans, we want customers to come because we have a product which is unlimited and we were able to offer it and provide good service," Claure explained while emphasizing the company's new 4GLTE network is almost finished.

"Therefore," Claure said, "if you can offer an unlimited offering it’s definitely appealing to the Latino community."

He went on to explain, "Our plans, they are right at the Latino community. We believe that we know the Hispanic community and we are going to market to them the way that we do with a differentiated offering."

As to whether he is going to help propel Latinos up the corporate ladder, Claure said while he's not going to choose one person over the other simply for being Latino, he believes the Latino community is offering more and more college educated talent every day.

"All you can see is in the numbers, they are by far the highest population entering the workplace and I look forward to helping build that."