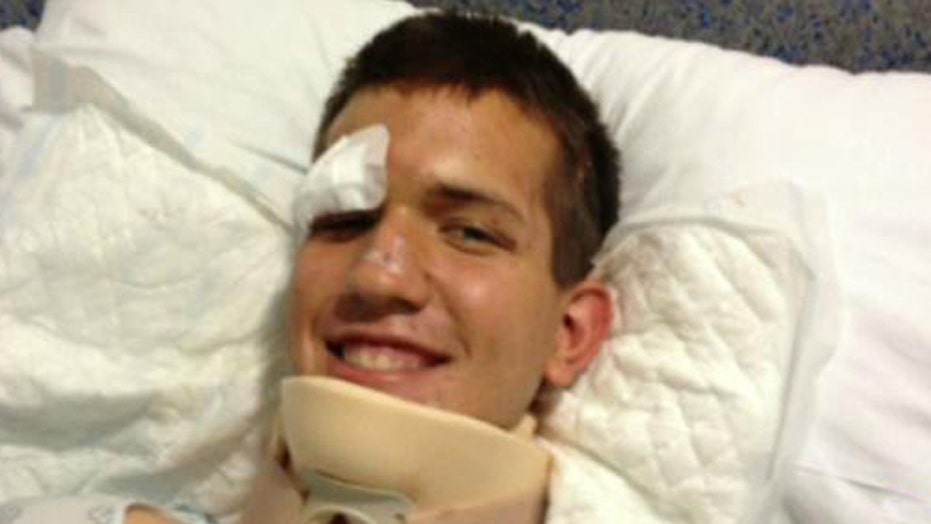 SANTIAGO DE COMPOSTELA, Spain – The injured driver of the Spanish train that derailed at high speed, killing 78 and injuring dozens more, was released from the hospital Saturday, but he was still being held in a police station as authorities increasingly focused on his culpability.

Francisco Jose Garzon Amo was to appear before a judge by Sunday evening, a hotly awaited opportunity for him to give his explanation for Spain's deadliest train crash in decades.

Garzon has been under the microscope, with the country's railway agency saying it was his responsibility to brake before going into the high-risk curve where the train careered off the rails and smashed into a wall. It's still not clear whether the brakes failed or were never used, and Garzon has remained mum so far.

"There is rational evidence to lead us to think that the driver could have eventual responsibility," Interior Minister Jorge Fernandez Diaz told reporters at the crash site near the Catholic pilgrimage town of Santiago De Compostela.

Speaking later at the police station, the minister also said that if Garzon were to choose to give a statement to the police before testifying in front of a judge, his lawyer would be called.

So far the driver has opted to use his constitutional right to remain silent, "although he may change his mind on that," Fernandez Diaz said.

The wreckage still remained near the site on Saturday, as passenger trains passed by. Black ribbons of mourning dotted the Santiago de Compostela and flags flew at half-staff. Makeshift shrines drew mourners to the city's cathedral.

Someone placed flowers on a bridge above the railroad tracks, with a note reading, "We are all in solidarity with the city of Santiago."

Garzon had been expected to give a preliminary statement to judicial police as early as Thursday, but that process was delayed, reportedly due to health reasons. Earlier Saturday, the justice department said Garzon's first appearance before a judge had been postponed until Sunday.

A blood-soaked Garzon was photographed after the Wednesday crash being escorted away from the wreckage, at first by civilians who had hurried to the scene of the accident and then by police, but it is not clear just what his medical status is.

The train's eight passenger carriages packed with 218 passengers blazed far over the speed limit into a curve and violently tipped over. Diesel fuel sent flames coursing through some cabins.

Investigators are examining recording devices from the train but have not officially said how fast it was going when it derailed.

An American passenger, Stephen Ward, said he was watching the train's speed on a display screen in the carriage -- and it indicated it was going 194 kph (121 mph), more than double the 80-kph speed limit.

The president of Adif, the Spanish rail agency, said that the driver should have started slowing the train 4 kilometers (2.5 miles) before the dangerous bend. He said signs clearly marked this point when the driver must begin to slow.

Normally, police take a first statement that is then examined by an investigating judge who must then take testimony within 72 hours of the arrest. That deadline is 7:40 p.m. Sunday.

Although that initial court hearing would be closed, it would give hints about the status of the investigation. The judge would decide whether to jail the driver as an official suspect, release him on bail, or release him without charges. If a judge finds sufficient evidence for a criminal trial, the suspect will be charged and a trial date set.