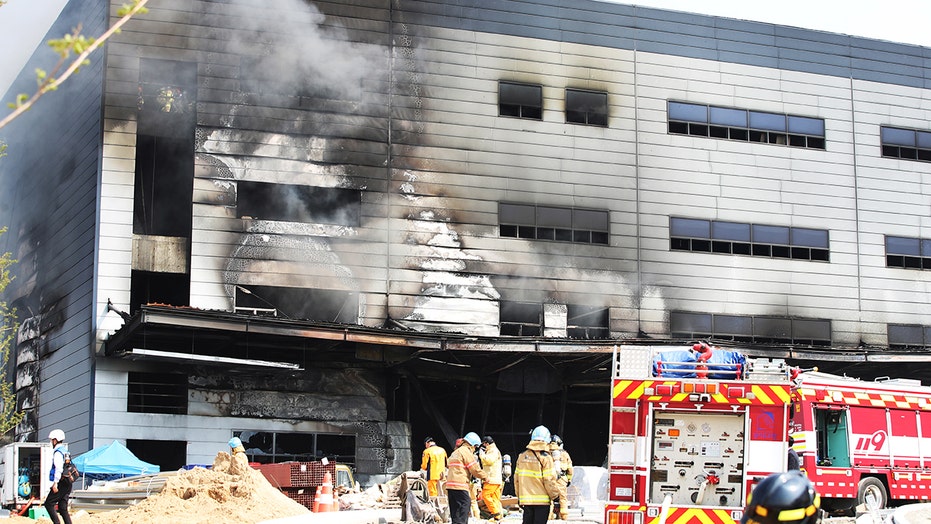 At least 25 people have been killed in a warehouse fire at a construction site in South Korea, according to reports.

The fire broke out on Wednesday afternoon in Icheon, a city approximately 50 miles southeast of the capital Seoul.

At least seven other workers were reportedly injured, according to Yonhap, a South Korean news agency.

KIM JONG UN MAY BE TRYING TO HIDE FROM CORONAVIRUS, SOUTH KOREA SAYS

Smoke rises from a warehouse which is currently under construction, after it caught fire, in Icheon, South Korea, April 29, 2020. (Yonhap via Reuters)

Chung Sye-kyun, the South Korean prime minister, ordered all available resources to be made for the search-and-rescue operation.

Officials reportedly suspect the fire was caused by an unexpected explosion during construction work using urethane, a combustible chemical used for insulation work.

"The fire seems to have spread extremely quickly, with the victims apparently having been unable to evacuate at all during the fire," firefighters told Yonhap.

Seo Seung-hyun, head of the Incheon fire department, said it took more than 260 emergency workers several hours to put out the blaze.