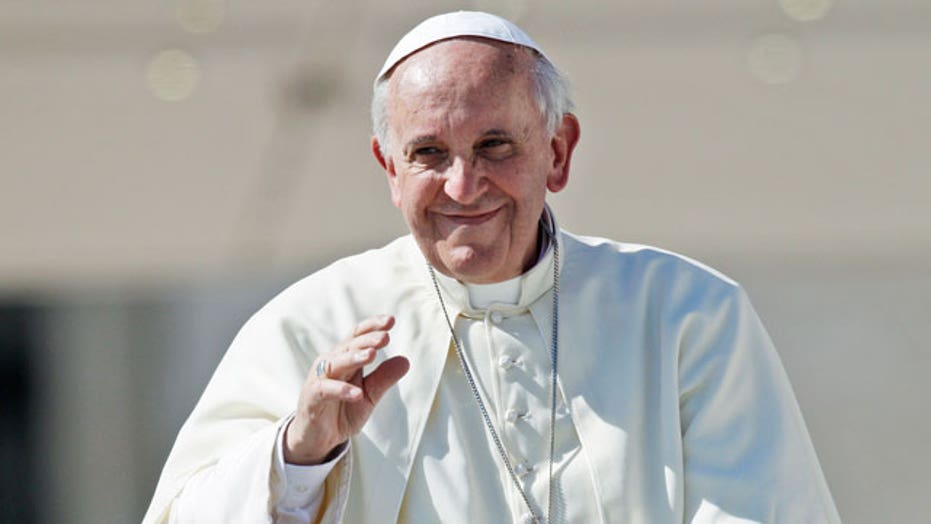 Is Francis a 'radical Pope'?

Since Pope Francis was elected pontiff in 2013, his actions and what he has to say have been under the intense glare of the media spotlight. However, his background has remained largely unexamined. A new book argues that in order to understand Francis’ radical agenda for the Catholic Church, it is necessary to delve deep into the pontiff’s background and the complex Argentinian political system in which Jorge Mario Bergoglio was raised.

Austen Ivereigh, journalist and former adviser to now-retired British Cardinal Cormac Murphy O’Connor, argues in “The Great Reformer: Francis and the Making of a Radical Pope” that, like his home country of Argentina, left-right paradigms do not adequately define Jorge-Mario Bergoglio, but this makes him no less revolutionary for an institution frequently defined by its wariness to change.

The thrust of Ivereigh’s book is that only by delving into Francis’ past, particularly his Jesuit background and his acceptance of certain forms of Peronism, can the reader understand his plan for the Church. Peronism -- a movement launched by former-Argentinian president Juan Peron -- rejects both capitalism and socialism and advocates a third way based on social justice, nationalism and state involvement in the economy.

Ivereigh describes Peronism as “a movement rather than a party, a culture rather than an interest group, a political hybrid so popular and absorbent that for decades it has dominated modern Argentina.” The movement was highly influential on Bergoglio, who was once reprimanded for wearing a Peronist symbol to school as a boy.

Bergoglio came to respect Peronism for the way it articulated the values of the people and their traditions. It leads, in Ivereigh’s view, to a Bergoglio who rejects Marxism and neo-liberalism as ideologies that place ideas above people, especially the poor. Ivereigh uses as an example Bergoglio’s position after the Second Vatican Council (1962-5) where he embraced the Council’s “preferential option for the poor” without sliding into the camp of some progressive bishops and clergy, who blended church teaching with Marxist ideology.

“He had a particular understanding of the renewal which was anti-liberal and anti-Marxist. He’s a nationalist, comes out of a nationalist Catholic tradition in Argentina…which tends to value the values of ordinary people and the traditions of Argentina and would see the Enlightenment as being foreign to that tradition,” Ivereigh told FoxNews.com.  ‘So he wasn’t a conservative, but he had an understanding of the Council that was at odds with a certain kind of progressive view.”

This caused Bergoglio a great deal of trouble as part of the head of the Jesuit order in Argentina. Made provincial in 1973, Bergoglio soon upset a powerful and ideological elite in the order who hated his popularity, and the direction he was taking the order. A bitter struggle ensued and despite being a popular and successful provincial, by 1990 he was exiled from the order after the anti-Bergoglio Jesuits successfully petitioned Rome to have him removed from his post.

Consequently, despite being made bishop in 1992 and Archbishop of Buenos Aires in 1998, Bergoglio was estranged from the Jesuits and had minimal contact with the order until he became pope.

“When he was elected, a kind of collective groan went around Jesuit houses across the world,” Ivereigh says, although pointing out that since then the pope and the Jesuits have reconciled.

“The Great Reformer” also deals with the accusations that as provincial, the future pope was negligent in his actions during the Argentinian military dictatorship’s “Dirty War” during the late 70s and early 80’s. Ivereigh deals head-on with charges that Bergoglio gave the green-light to the military junta to arrest two rogue priests, and could have done more to save more people.

Ivereigh concludes the opposite, that Bergoglio saved dozens of lives and did the best he could in trying circumstances, doing more than if he had spoken out against the military junta, which Ivereigh argues, could have only made things worse.

“I have a problem with some liberal journalists in another era wagging their fingers if you’ve never lived through a dictatorship,” Ivereigh told FoxNews.com. “Totalitarian regimes are never brought down by internal opposition and speaking out against totalitarian regimes usually means more people get killed.”

One of the more unique aspects Ivereigh brings to Francis’ story is an insight into the Vatican politics that got Bergoglio elected in the 2013 conclave.

Ivereigh cites sources to argue there was a bloc of progressive European cardinals who pushed Bergoglio, first as the “anti-Ratzinger” candidate to oppose the future Pope Benedict XVI in 2005, and then again in 2013, where this time a fragmented conservative opposition allowed “Team Bergoglio” to push through and win.

The chapter is noteworthy as deals and pacts are expressly forbidden by conclave rules. While Ivereigh believes that no canon law was infringed, the revelations will no doubt lead to speculation as to whether an apparently pre-determined faction of European progressives undermined the spirit of the conclave.

Ivereigh also notes, that while he was being pushed by European progressives as the “anti-Benedict,” Bergoglio had no desire to be part of this role.

“There is much more continuity between Benedict and Francis than people have realized - I hope that comes through from the book,” Ivereigh said.

By delving into Francis’ background, his encounters with the poor, his fight with his Jesuit order and the political undercurrents in Argentina, Ivereigh paints a picture of a pope who eschews ideology in order to live out the evangelical radicalness of the Gospel. “Francis’ radicalism is not to be confused with a progressive doctrine or ideology,” Ivereigh writes. “It is radical because it is missionary, and mystical.”

Ivereigh’s Francis is a complex man full of surprises and contradictions, trying to balance faithfulness to the Church’s doctrines with an evangelical passion for bringing people to Jesus Christ, and trying to helping the poor spiritually and politically without embracing Marxism. “The Great Reformer” does not solve what Ivereigh calls the “Francis enigma” but it does go a long way to shining light on the pope’s background, how he thinks and what he has in store for the Church.

“The Great Reformer: Francis and the Making of a Radical Pope” is available now.