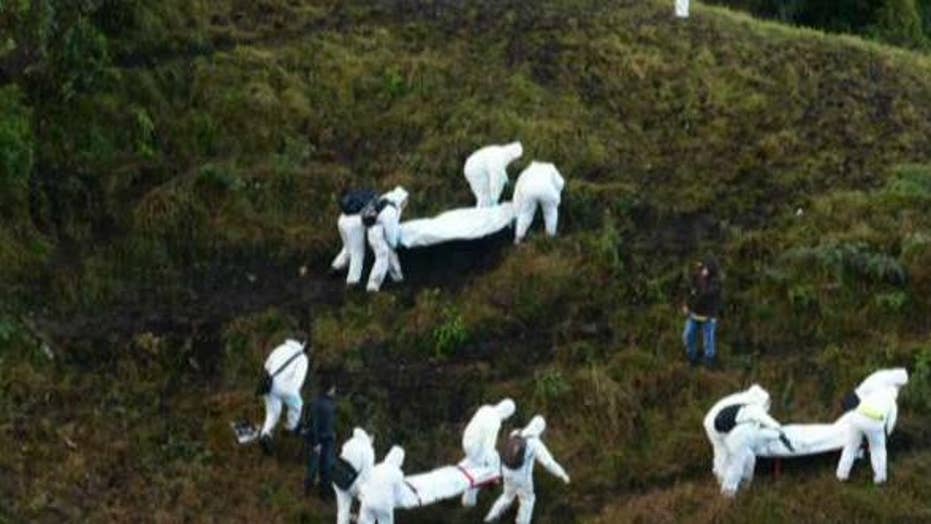 Some 2 weeks after a plane crash in Colombia killed 71 people and left only a few survivors, a Brazilian soccer player who was on the plane reportedly woke up from his coma -- but had no memory of what happened.

Neto and two teammates were among the six survivors of the crash on Nov. 28, a few miles from an airport in Medellin, Colombia. Nineteen members of the Chapecoense team died. Air traffic control sound indicated that the pilots reported a "fuel problem."

Doctors planned to wait to tell Neto about the crash until he was stable, ABC News added. His two surviving teammates were returning to Brazil on Monday.

"On one hand, we are very happy because our family member, Neto, is alive," said Helam Marinho Zampier, Jr., Neto's 34-year-old brother. "But at the same time, we are grieving because other lives were lost."

"I can't say that God saved my son," said Neto's father, Helam Marinho Zampier Sr., clearly searching for answers. "If that was the case, God would have saved everybody. I can say that God helped my son."

The family recounted how they had been awoken at 3:30 a.m. Nov. 29 by Neto's wife, who called with news of the crash. For hours, they were glued to the television. Grainy footage of the rescue showed repeatedly showed what looked like Neto on a stretcher, but they couldn't be sure.

While they waited, they stewed on something Simone said: Neto had told her on the day of the flight that he had had a dream his airline crashed.

"When I found out he survived, I said: 'Thank you, God. Now I can cry,'" said Valeria Zampier, Neto's mother.

Still, there is another side.

"My heart is broken for the other mothers (of the dead)," she said.

The family said they believed that the team would rebuild.

Chapecoense reached Brazil's first division in 2014 and was in ninth place ahead of this weekend's last round of games. On its way to the continental final, the team known as Chape beat major clubs such as Argentina's San Lorenzo and Independiente.

Several teams have offered to loan players, as the tragedy has brought an outpouring of support. A memorial service for the victims is being planned for Saturday in Chapeco.

"We saw the team go from very low to very high" over the last years, said the elder Zampier. "They won't go back down."

The family also has no doubt that Neto, who was a team leader, would play soccer again. Since turning pro more than a decade ago, he had played for several teams across Brazil. He had also recovered from surgeries on one hip and his neck, injuries that many players don't overcome.

"For him, nothing is impossible," said Valeria.