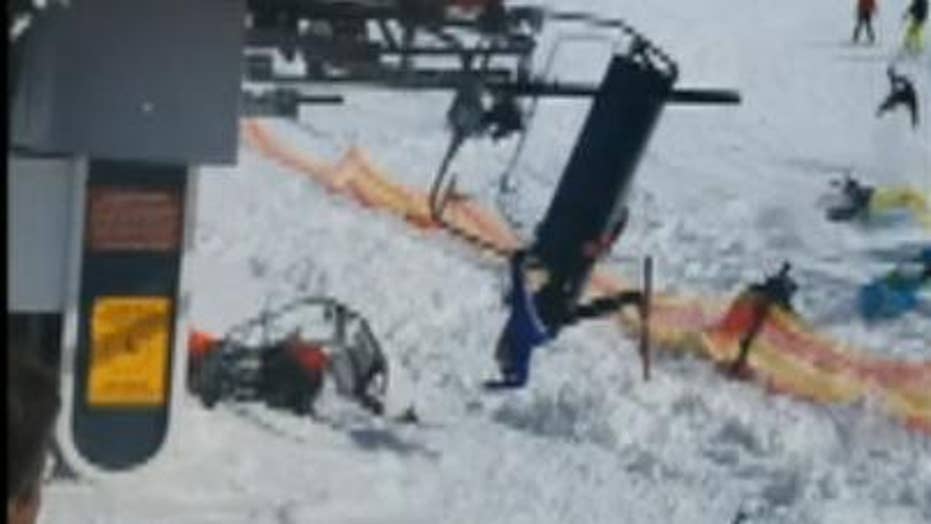 A ski lift at a resort in the country of Georgia accidentally began speeding up and then went into reverse. The speed sent passengers flying from the carriages.

A shocking video has emerged of skiers and snowboarders getting flung off a chairlift Friday at a European ski resort after a malfunction caused it to bring riders down the mountain at high speeds.

Crowds that gathered around the lift at the resort in Gudauri, Georgia, could be heard shouting and gasping as the chairlift swings came down the mountain one by one, piling up at the bottom in a heap of twisted metal.

Numerous riders could be seen abandoning their gear while trying to wrestle their way out of the swings. Some of the riders managed to plunge into the snow, but eight others were reported to have suffered injuries after getting caught in the wreckage.

Riders were seen flying into the air after the swings whipped around a corner at the bottom of the lift. Another rider was dragged along the snow, trying to escape, before getting tossed.

The chairlift was able to be shut off after around two minutes, but it is not immediately clear what caused the malfunction.