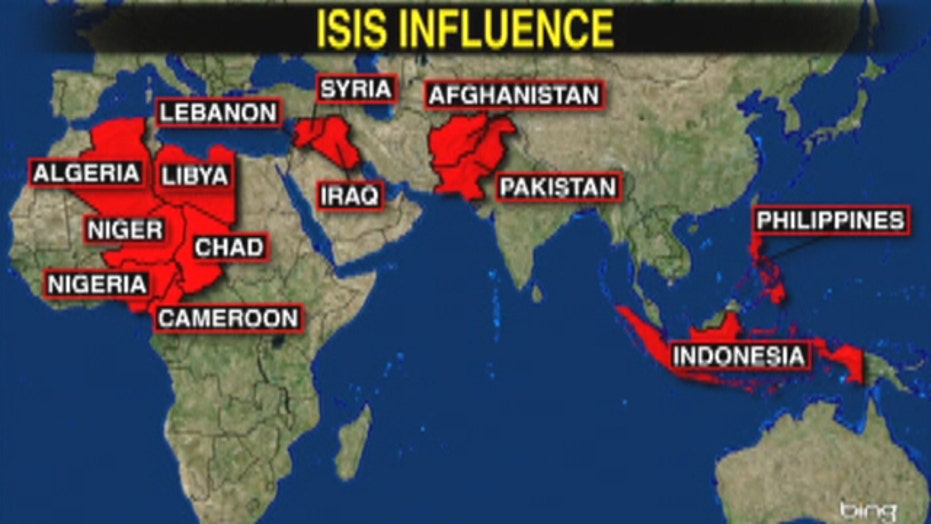 ISIS expands its reach into Afghanistan and Pakistan

As Afghan President Ashraf Ghani visits with U.S. officials this week, there are growing concerns an increasing number of Taliban in the region are looking to pledge their allegiance to ISIS.

“There are a tendency for these people to become more radical and that is what we are seeing right now with these guys who either have a problem with the Taliban leadership or discouraged by their lack of progress,” said Stewart, vice president of tactical analysis at the global intelligence and advisory firm Stratfor.

He added, “however, I think their appeal is going to be somewhat limited -- when we look at the Islamic State’s propaganda, they have really railed upon people like (Taliban leader) Mullah Omar and his followers … so that is going to limit their appeal in the larger picture.”

This scenario, says Waltz, who formerly commanded in the Middle East and Afghanistan, should cause the U.S. to rethink its position in the region.

“We have a politically-driven timeline and we have a full withdrawal still not too far on the distant horizon when we have the rise of these militant groups -- whether its ISIS or Al Qaeda -- that could erase our gains in Afghanistan, could destabilize the country, push it towards civil war.”

Stewart suggests a small U.S. military presence in Afghanistan long-term could deter extremists. “If you look at the model we used from taking Afghanistan from the Taliban initially, that was a very small footprint … we could help protect the Afghan government from the Taliban using the same type of methods.”

Neighboring nations, including Pakistan, are concerned any instability in Afghanistan could spill over into their countries.

“Taliban is not a monolithic entity -- there are elements focused on Afghanistan, and there are very much elements focused on destabilizing or even overthrowing the regime in Pakistan … in the seams, there you have Al Qaeda and increasingly ISIS,” said Waltz, author of “Warrior Diplomat.”

While cautioning the U.S. doesn’t need to operate a large-scale military operation in the region continuously, he believes there should be “advisers … [to] provide the capabilities to bolster both the Afghan and Pakistan armies to keep these militant groups at bay probably for generations to come.”

Looking ahead, a clearer American message to the region, the experts believe, is key to build and retain significant influence.

“The longer we tell the region we are leaving, the more the Afghan populous and regional governments like China, Pakistan, and Iran even the Afghan government are start hedging against us rather than working with us,” said Waltz.