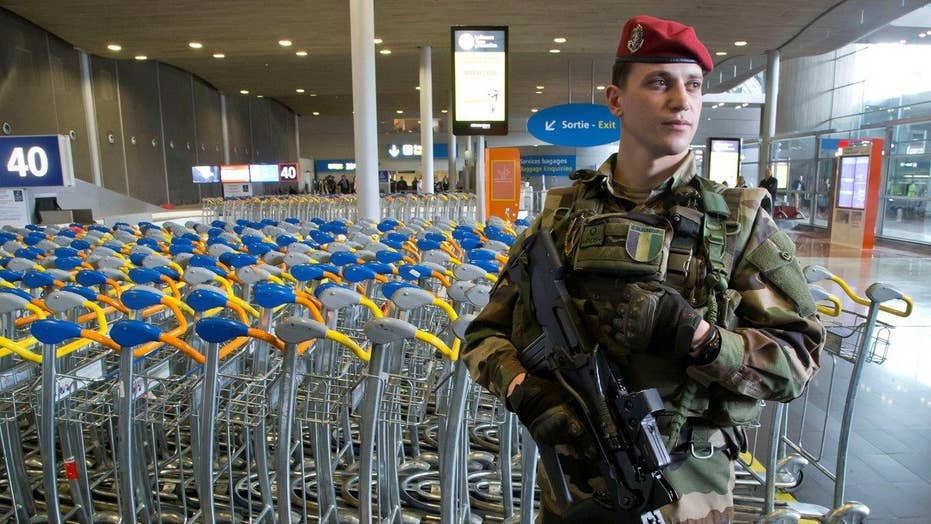 At least four U.S. citizens remain unaccounted for in the aftermath of the Belgium blasts that killed at least 31 people and injured at least 270.

New York siblings Sascha and Alexander Pinczowski were calling home from Zaventem Airport when relatives said they heard a loud explosion and the phone line suddenly went dead, according to The New York Post.

“My bf & his sis are still missing since this morning,” a woman who said she was Alexander’s girlfriend tweeted. “They were in the departure hall at the time.”

Sascha, who lived in Manhattan, was born in Greece and raised in Holland, according to a friend interviewed by The Post.

“She liked to have a good time – and had a lot of friends…” Florecia Sadler said. “She was very determined and fun. She was a pleasure to have around.”

Relatives and friends have also been unable to locate a couple originally from Kentucky and Tennessee who had been living in Belgium, WTVQ reported.

Stephanie and Justin Shults were dropping off Stephanie’s mother, Carolyn Moore, at the airport when the attacks occurred. Stephanie, 29, was born in Kentucky. Justin, 30, hailed from Tennessee.

“She doesn’t know…if Justin and Stephanie watched her as she headed towards security or if they turned to leave the terminal. She doesn’t know,” Carolyn’s sister, Betty Newsom, told WLEX. “We don’t know for sure if [they] had been able to get out of the airport or if they were still in the airport.”

Justin’s brother, Levi Sutton, told NBC News the State Department informed the family that Justin and Stephanie were not on any casualty lists.

“Her mom is fine but no one has been able to contact Justin or Stephanie,” said Sutton, who added that both the couple’s phones have been going directly to voicemail.

Late Wednesday, the brother of Justin said his family was mistakenly informed that the missing couple had been found.

Levi Sutton told WKRN-TV the State Department initially told them Justin and Stephanie Shults, both graduates of Vanderbilt Universiy, had been found in a hospital with unknown injuries, but a social worker in Belgium has now said the family was given incorrect information.

Three Mormon missionaries who hailed from Utah and a U.S. Air Force lieutenant colonel and his five family members are the only Americans confirmed to have been injured in the attacks. All nine were hurt in the airport bombing.

But State Department Spokesman Mark Toner said about a dozen Americans were injured during the bloody morning. Toner couldn’t confirm if any citizens were killed.