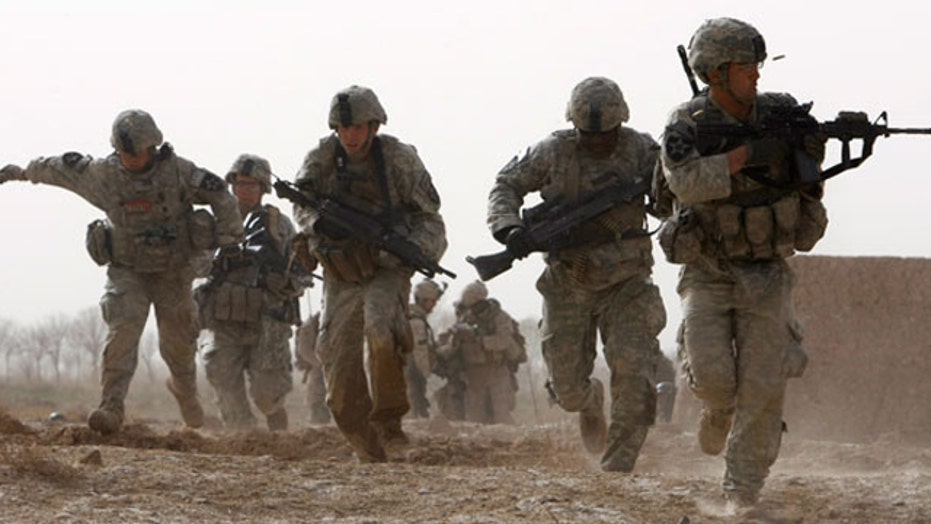 Sending US troops to fight ISIS is 'recipe for disaster'

The U.S. should consider boosting its support for Iraq’s military and Kurdish Peshmerga forces to fight the ground campaign against the terrorist group Islamic State – also known as ISIS -- according to a leading foreign policy analyst.

Tony Cordesman, chair of the strategy center at the think tank Center for Strategic and International Studies, says sending U.S. combat troops into the region is a "recipe for disaster."

The White House has reiterated its refusal to commit U.S. ground forces in Iraq to fight the terrorists.

“If we put U.S. troops in, we would be seen as essentially by one or all sides as the enemy,” said Cordesman. “We are already, because of what happened in the past, unpopular in the areas we’ve had to fight.”

Critics suggest the U.S. should use Special Forces to work with Iraqi troops to train and advise them on their battlefield strategy.

Cordesman agrees with this proposal. “A very small number of expert advisers embedded with the combat forces are necessary to deal with the Islamic State,” he said.

The U.S. is continuing to lobby its allies in Europe and the Middle East to provide resources toward fighting the terrorists.

Cordesman sees this effort as a way to isolate ISIS politically and economically. “Shutting out foreign volunteers, cutting down the money, and ending trade -- that is really critical” to hurting the terrorist group’s operations.

While the West has a viable option in Iraq to fight ISIS, Syria is a different situation.

“We’d like to be able to build up moderate rebels, but the fact is that it's very doubtful we can create a strong enough force to make that much of a difference,” said Cordesman.

He added, “what we are really hoping for is a combination of airstrikes on the Islamic State in Syria [and] some elements of moderate rebels … who hate the Islamic State as much as they hate Assad can destroy [them].”

While the U.S. hopes destroying ISIS could stabilize Syria, there isn’t a strong chance this won’t happen.

“At the end of it, you’ll have nothing approaching a unified Syria and the problems we’ve had in the past between divided rebels and the Assad regime, those are almost certain to remain,” said Cordesman.