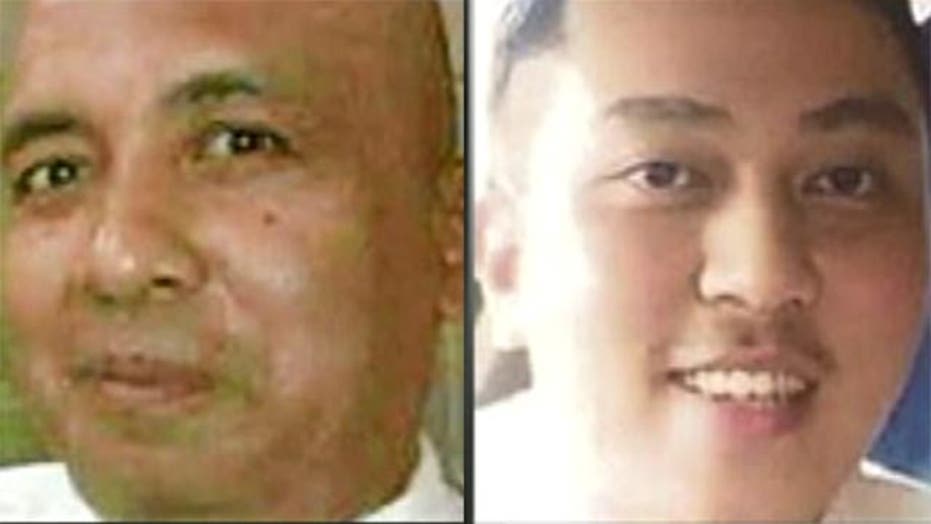 Was incident accidental or intentional?

PERTH, Australia – A cluster of orange objects spotted by a search plane was just fishing equipment and not related to the missing Malaysia Airlines jet, officials said Monday, in the latest disappointment in the three-week hunt that Australia's prime minister said will continue indefinitely.

The crew of an Australian P-3 Orion saw at least four orange objects that were more than 6 feet in size on Sunday, and the pilot, Flight Lt. Russell Adams, dubbed the sighting their most promising lead in the search for Flight 370. But on Monday, Australian Maritime Safety Authority spokesman Jesse Platts said an analysis confirmed the objects "have nothing to do with the missing flight."

It's a frustrating pattern in the hunt for the Boeing 777, which vanished while flying from Kuala Lumpur to Beijing on March 8 with 239 people aboard: Search crews have repeatedly spotted multiple objects floating in the search area of the southern Indian Ocean, only for officials to later rule out links to the missing plane.

Australian Prime Minister Tony Abbott on Monday acknowledged the search was incredibly complex, but said officials were "well, well short" of any point where they would scale back the hunt.

The search has evolved as experts sifted through the limited radar and satellite data, moving from the seas off Vietnam, to waters west of Malaysia and Indonesia, and then to several areas west of Australia.

"This is an extraordinarily difficult exercise. ... We are searching a vast area of ocean and we are working on quite limited information," Abbott said, adding that the best brains in the world and all the technological mastery is being applied to the task.

"If this mystery is solvable, we will solve it," he said.

He said the search is operating on guestimates "until we locate some actual wreckage from the aircraft and then do the regression analysis that might tell us where the aircraft went into the ocean."

Ten planes and 11 ships were in or headed to the search zone about 1,150 miles west of Australia on Monday, but AMSA said late Monday that nothing of significance was found. The flying time to the 98,000 square mile search zone is about 2 1/2 hours, allowing a five-hour search before planes must return to Perth.

Former Australian defense chief Angus Houston on Monday began his job of heading the new Joint Agency Coordination Center, which will oversee communication with international agencies involved in the search. The Perth-based center will position Australia to shoulder more of Malaysia's coordination responsibilities as the search drags on.

Houston will also play a prime coordination role when victims' families travel to Australia in the weeks ahead.

Abbott said he was not putting a time limit on the search. "We owe it to everyone to do whatever we reasonably can and we can keep searching for quite some time to come ... and, as I said, the intensity of our search and the magnitude of operations is increasing, not decreasing."

The Ocean Shield, an Australian warship which is carrying a U.S. device that detects "pings" from the flight recorders, left Perth on Monday evening for the search zone, a trip that will take three to four days. AMSA, which is coordinating the search, said it conducted sea trials on Monday afternoon to test the search equipment on board.

The search area remains vast, so investigators are hoping to first find debris floating on the ocean surface that will help them calculate where the plane crashed into the water.

Meanwhile, several dozen Chinese relatives of Flight 370 passengers visited a Buddhist temple near Kuala Lumpur on Monday to pray for their loved ones. They offered incense, bowed their heads in a moment of silence, knelt several times during the prayers and lowered their heads. Buddhist nuns handed out prayer beads to them. "You are not alone," one nun said. "You have the whole world's love, including Malaysia's."

Several of the relatives were overcome with emotion, tears streaming down their faces.

The family members later made a brief statement to journalists, expressing their appreciation to the Chinese government and the people of Malaysia and the volunteers who have been assisting them. They bowed in gratitude but said they were still demanding answers.

"To those who are guilty of harming our loved ones, hiding the truth, and delaying the search and rescue, we will also definitely not forgive them," said a family representative, Jiang Hui.

The comments were seen as a small conciliatory move after relatives staged an angry protest in front of reporters on Sunday at a hotel near Kuala Lumpur. At the time, they chanted slogans, raised banners and called on the Malaysian government to apologize for what they dubbed missteps in the handling of the disaster.