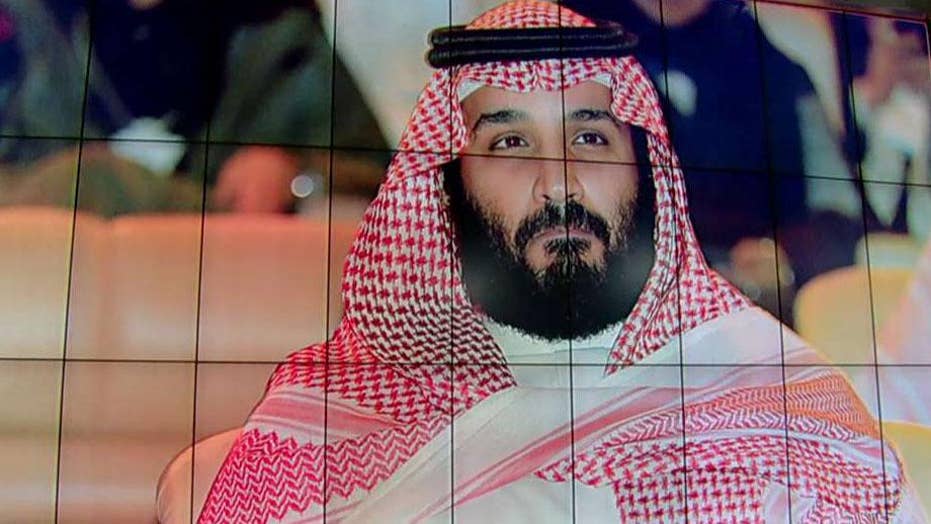 Three Saudi women who have been jailed nearly a year for their activism and for speaking to foreign journalists were granted temporary release Thursday but still face a trial.

They and about 10 other women’s rights activists were arrested and held by security forces who report to Crown Prince Mohammed bin Salman.

Although the official Saudi press agency did not identify the women in its announcement, other media said that Aziza al-Yousef, a former professor; Eman al-Nafjan, a linguistics professor; and a third woman, Roqaya al-Muhareb, had been granted temporary release after bail hearings on Thursday.

The move could mark a turning point for other women’s rights activists still detained, notably because two of those released, al-Yousef and al-Najfan, were vilified in state-linked media as traitors and foreign enemies soon after their arrest in May.

About 10 other women activists remain in jail, and could be released in coming days, according to The New York Times. They include  Loujain al-Hathloul, Hatoon al-Fassi, Samar Badawi and Naseem al-Sada.

Saudi authorities had accused the women of being spies for foreign governments and being a threat to national security.

The release of the three women comes on the heels of growing international pressure on the powerful crown prince to let them go. Among those applying pressure were nine U.S. senators who appealed to the Saudi government for the women’s release.

Human rights groups expressed a mix of cautious optimism and skepticism over the release.

“While they’ve been released, their sham trial is still going,” said Rothna Begum of Human Rights Watch to the New York Times. “We really don’t know what the authorities are going to do next. But we hope that the ordeal will be over soon.”

In this March 29, 2014 file photo, Aziza al-Yousef drives a car on a highway in Riyadh, Saudi Arabia, as part of a campaign to defy Saudi Arabia's then ban on women driving.  (AP Photo/Hasan Jamali, File)

Thursday’s development comes as the crown prince continues to face widespread international criticism over the assassination of Washington Post columnist Jamal Khashoggi at the Saudi Consulate in Istanbul last year in an operation planned by two of the prince’s top aides. Eleven men are on trial in Saudi Arabia for the killing.

Since Khashoggi’s grisly murder, the imprisonment of the women activists has drawn widespread criticism from members of the U.S. Congress, the British Parliament and other Western capitals. Nine U.S. senators urged King Salman in a letter last week to release political prisoners to demonstrate “belated yet welcome respect for human rights.”

The senators' letter said: "For too long, human rights have taken a back seat in Saudi Arabia. Not only have reputable international organizations detailed the arbitrary detention of peaceful activists and dissidents without trial for long periods, but the systematic discrimination against women, religious minorities, and mistreatment of migrant workers and others has also been well-documented. We have also been troubled by the regular use of the Specialized Criminal Court and counterterrorism law to target peaceful activists and human rights defenders, as well as reports of flawed investigations, coerced confessions, and the use of torture."

Most of the women had appeared in a Riyadh courtroom on Wednesday to submit their defense. Several people with knowledge of the cases said the women have been charged in connection with their efforts to promote women’s rights and of having contact with accredited foreign reporters, diplomats and human rights groups.

In the presence of their husbands, parents and children, the women told a panel of three judges about the physical and sexual abuse they say they were subjected to by masked interrogators during their imprisonment.

The government has denied charges of abuse as “wild claims” that are “simply wrong.”

Prior to their arrest, several women said they received calls from an aide to Prince Mohammed telling them not to speak to foreign media outlets. Several were surprised to also learn they had been barred from leaving the country. Concerned for their safety, the women stopped posting on Twitter and other social media sites.

As activists faced pressure to keep silent, credit for social reforms like the decision to allow women the right to drive, had largely gone to the crown prince.

The women’s arrest in May — a month before Saudi women were allowed to drive — may have also been a way to convey that top-down decision-making, and not activism, determines the scope and pace of change in Saudi Arabia.

The women activists had long pushed for the right to drive. They also called for an end to restrictive male guardianship laws, which give male relatives final say over a woman’s ability to travel abroad, obtain a passport, marry or undergo certain medical procedures.

In their second court hearing Wednesday, nearly a dozen of the women on trial in Riyadh told the presiding judge how they were caned on their backs and thighs, electrocuted and waterboarded by masked men who did not identify themselves.

One of the women said that several men, who seemed intoxicated, appeared late one night and took her from her place of detention in Jiddah to a nearby secret location. It was there that the women say they were tortured.

Some women have said they were forcibly touched and groped, made to break their fast during the Muslim holy month of Ramadan, and threatened with rape and death. One of the women attempted suicide, according to information provided to the AP by people with knowledge of the cases.

Journalists working for foreign media, diplomats and other independent observers have not been allowed to sit in on the hearings.