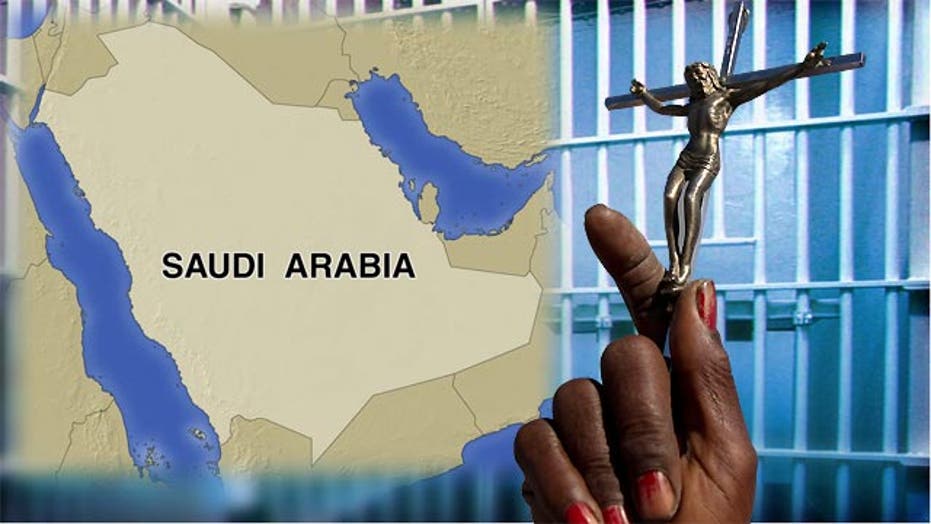 Saudi Arabia’s notorious religious police, known as the mutawa, swooped in on a private gathering of at least 53 Ethiopian Christians this month, shutting down their private prayer, and arresting the peaceful group of foreign workers for merely practicing their faith, FoxNews.com has learned.

The mixed group of men and women was seized in a private residence in the city of Dammam, the capital of the wealthy oil province in Eastern Arabia, and Saudi authorities charged three Christian leaders with seeking to convert Muslims to Christianity. The latest crackdown on Christianity in the ultra-fundamental Islamic country comes on the heels of a brutal 2011/2012 incarceration and torture of 36 Ethiopian Christians, and drew a sharp rebuke from a U.S. lawmaker.

"Nations that wish to be a part of the responsible nations of the world must see the protection of religious freedom and the principles of reason as an essential part of the duty of the state," Rep. Jeff Fortenberry, R-Neb., who sits on the Caucus on Religious Minorities in the Middle East, told FoxNews.com.

During Advent in 2011, Saudi authorities stormed a prayer meeting at the private home of one of the Ethiopian workers in the Red Sea city of Jeddah. The Saudi mutawa imprisoned 29 women and six men for more than seven months in barbaric prison conditions, where the men faced severe beatings and the women were subjected to sexually intrusive torture methods. After Christian organizations and human rights groups, as well as the United States government, complained, the Saudis deported the 35 Christian Ethiopian workers in August 2012.

Last March, Abdulaziz ibn Abdullah Al al-Sheikh, the grand mufti of the Kingdom of Saudi Arabia, declared it is “necessary to destroy all the churches in the Arabian Peninsula.”

Still, Saudi officials claim to tolerate other faiths even as the mutawa, or Commission to Promote Virtue and Prevent Vice, mount their crackdowns, said Dwight Bashir, deputy director for policy at the U.S. Commission on International Religious Freedom.

"During an official USCIRF visit to the Kingdom earlier this month, Saudi officials reiterated the government's long-standing policy that members of the Commission to Promote Virtue and Prevent Vice, also known as the religious police, should not interfere in private worship," Bashir said. "However, the past year has seen an uptick of reports that private religious gatherings have been raided resulting in arrests, harassment and deportations of foreign expatriate workers.

“The U.S. government and international community should demand that any expatriate worker detained and held without charge for private religious activity in the Kingdom should be released immediately,” Bashir added.

Nina Shea, the director of the Washington-based Hudson Institute’s Center for Religious Freedom, told FoxNews.com that the arrests in Dammam are “part of  Saudi Arabia’s policy to ban non-Muslim houses of worship and actually hunt down Christians in private homes.”

Shea, who was in the Saudi capital Riyadh as part of a U.S delegation two years ago, sharply criticized the Saudis for breaking their 2006 pledge to the U.S. government to not disrupt non-Islamic religious practices. The U.S. Commission on International Religious Freedom termed in its 2012 report Saudi Arabia a “country of particular concern”-- along with other authoritarian states such as the Islamic Republic of Iran, North Korea, China and Sudan-- for repression of religious freedom.

The Saudi government adheres to a strict form of Sunni Islam called Wahhabism that has animated many followers to engage in terrorism across the globe. The 9/11 terrorists, 19 of whom were Saudis, followed the Wahhabi school of militant Islamic ideology.

Shea said “the U.S. government does not raise its voice in protest” as part of the U.S.-Saudi strategic partnership. She added the failure to push the Saudis to change their intolerant behavior “has taken the backseat to oil and the war on terror. The Saudis are playing a double game -- cooperating with the war on terror and working against the war on terror campaign.” A telling example, she stressed, involves  the Saudi government  sending text books around the world that contain extreme forms of Islam.

Benjamin Weinthal  is a  journalist who reports on Christians in the Middle East and is a fellow at the Foundation for Defense of Democracies. Follow Benjamin on Twitter: @BenWeinthal.

Benjamin Weinthal reports on human rights in the Middle East and is a fellow at the Foundation for Defense of Democracies. You can follow him on Twitter @BenWeinthal.